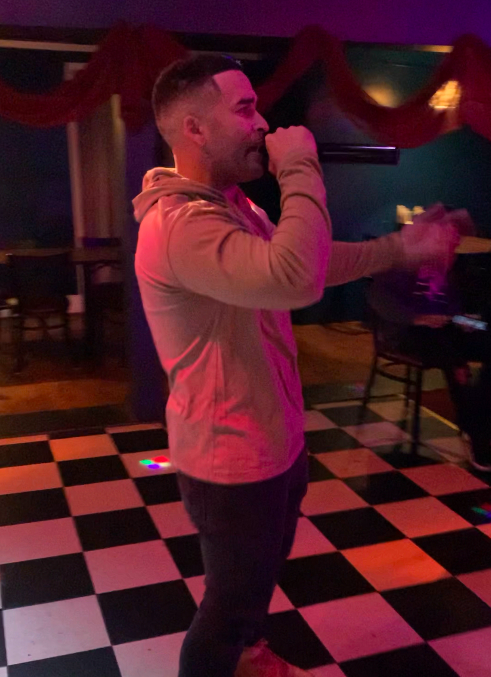 Matthew LeBron, mainly known by his stage name “TheOfficialBron” has performed on stage in Clarksville, Tennessee. He has performed many times in this city in the past few months, but this time was a little different. Given a last-minute notice on the performance, he didn’t let that stop him from performing for his fans and others as well. He performed on stage alongside one of the famous DJs from Puerto Rico, DJ Kenny. The energy that TheOfficialBron presents on stage is unmatched, he knows exactly when to retain and exert his energy. Since his performance was on a last-minute notice, instead of charging an entrance fee, TheOfficialBron spoke to the event coordinator and made the entrance free of cost so that those that attended could have a great time.

The place that he performed at is called “Arirang”. TheOfficialBron had a professional photographer taking photos and videos of the performance and also had a few other artists perform on stage to get that feeling of performing in front of others. It’s evident that TheOfficialBron has what it takes to be a superstar and to make it on the billboard charts with his music that speaks in volumes. Each song that he has on the major sound platforms such as Apple Music and Spotify has each reached at least 25,000 digital streams and has potential to make it to at least 100,000 streams each before he releases his next album “The Come Up” in December.

TheOfficialBron’s versatility is certainly on another level. He can compose a rap song that will make everyone vibe with it and at the same time make an R&B song that will make women fall in love with him while he performs. As we had some time to ask him questions after his performance, we asked him if he plans on signing with a big record label and he responded, “at the moment, i am signed with my own record label and I wouldn’t feel right”. Instantly after that conversation, we knew that we had to write this article and we also knew that his level of loyalty is different from others.

Information on TheOfficialBron’s tours and music can be found at www.theofficialbron.com