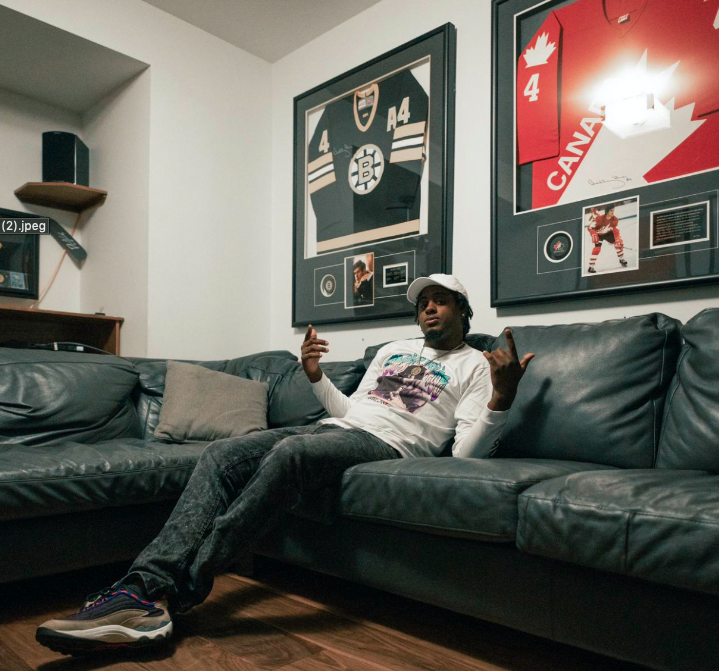 Today, entire Canada is swinging to his tracks, thanks to his innate skills and his adaptability in the changing music scenario of the world.

We have long known success stories of people who have made it big in the musical world, so much so that they have garnered a colossal community of their fans that religiously follow their music and their craft, taking inspiration from them each day and learning something new through their refreshing tracks. This is the kind of impact that music creates on people and that’s how it also changes people’s lives, giving them new hope and the confidence to move ahead swiftly in their careers and life. Giving this hope and a sense of belonging is a Toronto based young musical sensation named Persistence; who knew what his heart sought and went towards creating his own league in the vast world of music.

It often happens in life where people are placed with two choices, depending on what they choose, they sculpt their careers. This decision of life is most of the times tough, as it is sometimes difficult to understand what our heart really seeks. For Persistence Key as well, life gave him two choices, one was into basketball, which he had a keen interest in as he had already gained significant recognition as a player and second was music, which he always was inclined towards. But, for this youngster, the decision came easy as he had realized by then that music is where he could find his peace and something which he can do for the rest of his life.

Persistence is today seen as the young musical artist having the potential to take the industry by storm with his versatility and his refreshing voice and tracks. The proof is also his consistent tours with Lil Tjay and his opening up for many renowned artists of the industry like G Herbo, Lil Tjay, 147 Calboy and Ybn Nahmir. Not just that, Persistence Key began applying pressure and this year came up with two EP projects, one is called “Trust the process” and the other is a collaboration project called “Toronosota” with Cocaine Carii from Minnesota. Besides this, he even dropped his single called “IDK”.

Over the years, Persistence has taken inspiration from geniuses of the industry like Michael Jackson, Lil Durk, Era Drake, 112, New edition, Rich Homie Qaun and Fabolous, amongst many others. These renowned personalities of the world fueled his passion, helping him earn a unique name for himself which he always dreamt about.

What’s making his fans even more excited is the release of his new project sometime this year called “Key To Life”, which is going to come up with several of his unreleased songs that he worked for, for the last two years and many big features as well. All the music connoisseurs and lovers and all his fans are elated to know about his new project and are waiting to make it a hit just like his other songs.