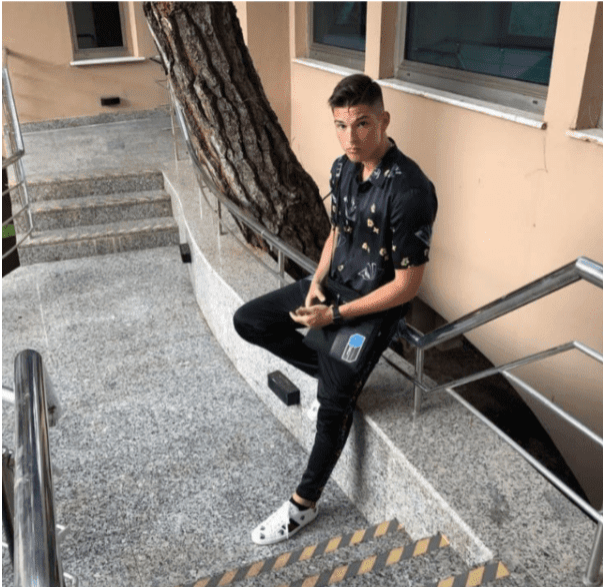 The past decade has felt like a pivotal turning point for the music industry. We have witnessed the rise of numerous artists belonging from different diversities, all the success stories reflecting utmost determination and hard work. But the obscure reality of newfound stardom is that it is almost always fleeting. Many new artists have come and vanished in this web of pop culture, but from the looks of it, we can definitely say that Geo Oku, a Georgian hip-hop artist is here to stay. Today, the hip-hop genre is seeing a new wave of artists rise to the top—and Atlanta is the epicenter.

Popular music, as we all know, reflects the culture of the day. We can see the footprints of a certain generation in the lyrics and sound of that era. Oku’s music seeks to accomplish just that. Some of the recent compositions by Oku are Own That, Take A Trip, Lifestyle, and PayDay to name a few. Oku’s songs are well-known for integrating an energetic style and catchy beats. Hailing from a strong and socially dominant family, yet making an individual career for himself, clearly suggests that he is a firm believer in earning things, be it respect, fame or money. Unlike other teenagers, Oku since the beginning has been a strong-headed person who never gave up on anything until he achieved his goal.

When asked in an interview, Oku exclaims that “I’m a huge believer in manifesting and saying things into existence because the speech has a lot of power,” Since the beginning of his career, Oku has been dead set on not only uplifting himself but also his fellow hip hop artists. He feels that it is the need of the hour to support one another and bring forth a culture of interdependence and not mere competition and fame. To amplify this thought, he and his buddies have been running G. Squad Productions, a well-known music firm dedicated to supporting undervalued musicians in the community, especially those with a hip-hop background, as well as assisting new talent in attaining visibility. This is one one the very reasons what separates him from the pack and roots him to the ground to stay here, in the music industry for the years to come. After all, true success is a culmination of talent, humility, and the zest to do more nor merely for oneself but also for others and for the community as a whole.

By the end of 2021, Oku intends to release a few more singles claiming to have an unreleased backlog of tracks. After all is said and done, it is for sure that whatever the future holds, people like Geo Oku will undoubtedly be at the forefront of it all, leading the way and influencing others through their ingenuity and innovative ideas.