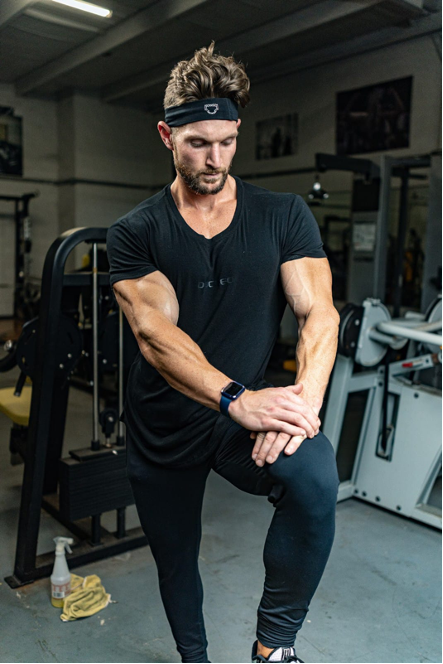 For a long time, bodybuilder Clint Riggin was a person who was consistently demoralized and subdued. As a result, he resorted to undermining his capabilities as an individual and often let opportunities slip off his hands due to the fear of failure. Getting suspended from the US Navy and falling into drug addiction was the lowest point in Mr. Riggin’s life. His actions led to him getting into a toxic relationship where he continuously doubted his self-worth.

Ultimately, an individual of strong willpower can only doubt himself long enough. Soon, Mr. Riggin realized how he was wasting away the potential that he harnessed within himself. He got into bodybuilding to regain his physical stamina. After spending almost 17 weeks getting back into shape, Clint Riggin was ready to face whatever challenges life throws at him.

Mr. Riggin believes that maintaining a solid mindset is crucial for your self-worth. He started an online fitness coaching program called Limitless Coaching aimed at strengthening the physical aspect and the mental aspect of your being. He does this by sharing his life story with his trainees. It helps them realize that Clint Riggin, too, was once at a stage where they are right now. If he could stand back up after taking the fall, they could do too.

He asks them to nurture their ability to work hard and sincerely. With proper planning, scheduling and accountability come success. Mr. Riggin promotes the idea of not allowing someone else to take hold of the reins of your life. It is solely your decision to make.

Clint Riggin’s Limitless coaching is a medium to show that ray of hope to those lost in the darkness. He wants to enrich the lives of those who have forgotten their true self by bringing them to achieve what they are truly capable of. He knows how it feels when you go through one of those phases and does his best so that no one gets stuck in it. Mr. Riggin is doing a truly commendable job of enriching people’s lives one at a time.