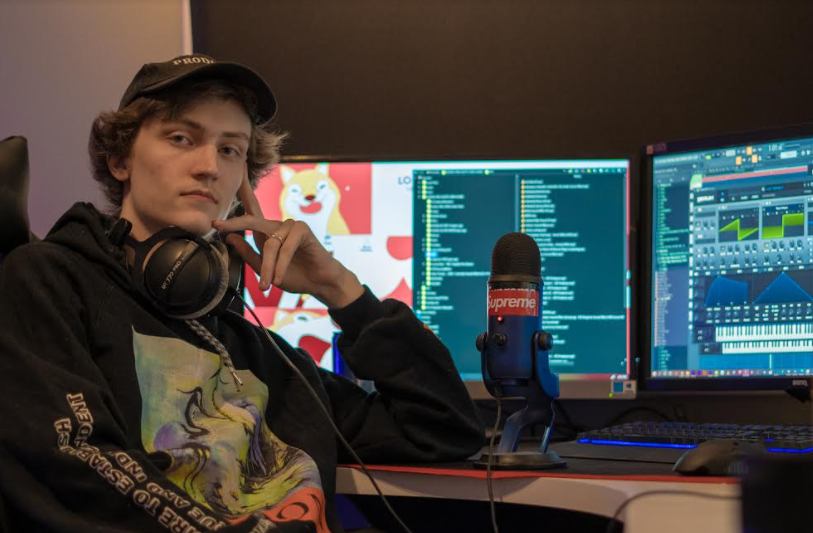 Why aren’t there more Adrian Falkor’s out there? The answer is simple: hard work, consistency, and reliability are not always in great supply.

Adrian Falkor Børresen belongs to that rare species of individuals who have both found their true vocation and get to make money from it. The chances are that even if he were only half as successful—even if he were not yet successful at all—he’d be doing now what he’s always done. And that’s production work, of course, from the overall vision down to the last detail, because that’s what he’s called to do.

It’s work that he’s been drawn to since the days of watching, fascinated, with all of the production details that go into TV and movies: the framing, the cuts to new scenes, the background music that’s put in to help tell the story, and more.

Once he started doing it, being consistent and reliable just came naturally. A true self-starter, Adrian prefers a “lone wolf” approach to his work. While he recognizes the value of a formal education and credentials for video production, he knew from early on that it wasn’t for him: “Learning from others is always a solid way of succeeding, but I think that trial and error breeds the most original and best ideas.”

So, he’s in it to win it, not just because of his loyalty to his clients, of which there is quite a lot, but because it’s the work that he’s most passionate about doing and where he wants to continue to keep growing.

That’s something else that makes Adrian unique. While many of us spend years trying to figure out “what we want to do,” for Adrian, there was never any doubt: he hit the nail on the head from the start and began running down his path a long time ago. This is his first business venture, and though there have been some bumps along the way, he’s been wildly successful.

While Adrian’s craft has only gotten better, he’s recognized the need for running his business very formally. In the beginning, not everyone was very nice. Alternatively, some were very nice, but then didn’t want to pay him for the work since they didn’t have a formal contract, costing Adrian thousands of dollars for unpaid work. Adrian didn’t go after them, though, because he wanted to protect his online reputation.

He simply let it go and focused on making sure that he didn’t make the same mistakes twice. Those business lessons and his increasing skills—he’s never felt the desire to sit back on his haunches—are what have led to him now being able to pick and choose which clients he wants to work with, and that list doesn’t include those who weren’t great to him before but now want him back.

All of his customers, in fact, come to him simply through word-of-mouth. He does zero marketing and has no marketing plan as of yet. He doesn’t need it.

He also has no fancy PR system for assessing how happy his clients are. He simply talks to them. And talking with them is something he does a lot of, as he makes himself available 24/7 and is constantly asking for feedback from them throughout the process.

This has made Adrian one of the most sought-after e-sports video producers in the industry. Though he’s done a lot already, he’s ready to keep growing.