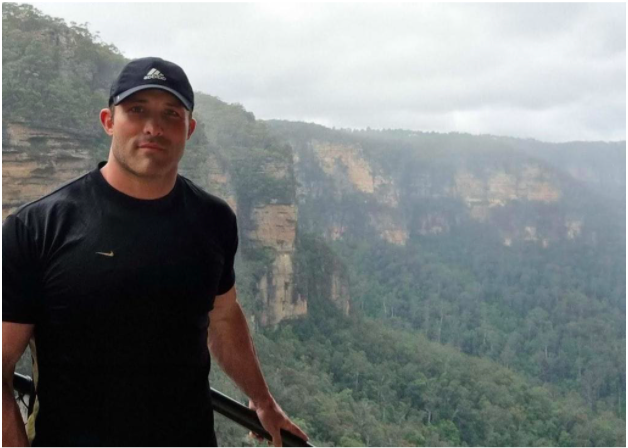 Dr Anthony Chaffee, MD has long seen the World differently.  A former All-American and then professional rugby player, Dr Chaffee’s approach to nutrition was much more practical than simply reading books and taking tests: it was a matter of survival in his profession.  If his body didn’t work at optimal levels, he not only risked getting dropped from his starting role, but serious injury as well, due to the violent nature of rugby games at this level.  “When I was at the University of Washington in Seattle, I took a course in Cancer Biology,” Dr Chaffe said, “and day one we learned how toxic plants were, as this is how they stop animals from eating them in nature.  We learned 20 years ago that Brussel Sprouts had 136 known carcinogens in them, and mushrooms over 100.  In fact, of all the plants sold as food that we studied, not a single one had under 60.  We were blown away by this, but we shouldn’t have been, since this is basic biology and botany. Plants dont want you to eat them.  Our professor, seeing our confusion, stated plainly that he didn’t eat salads or vegetables, wouldn’t let his children eat vegetables, and that this was because plants were trying to kill those who tried to eat them.  So I swore off plants of all descriptions, and everything changed dramatically for the better.”

After this awakening, Dr Chaffee went on to play internationally in England and Canada, and to excel in no small part due to his new found super diet, which at the time was just meat, eggs, and water.  Since becoming a medical doctor, he has continued his research in earnest, and in recent years has moved to using these dietary approaches to treat his patients and get them off medications, instead of putting them on more.

Having helped hundreds, if not thousands, of people improve their lives through the Carnivore Diet, and thereby avoiding toxic and harmful elements in plant-based foods, Dr. Chaffee has redefined the traditional approach to treating chronic diseases. Dr. Chaffee has successfully helped reverse obesity and many chronic diseases that he states are actually caused by the food we eat, namely too many plants and not enough meat.

Having researched the Carnivore Diet for nearly 2 decades now, Dr Chaffee claims that much of the benefits are from specifically avoiding the toxic nature of all plants, even the fruits and vegetables we have grown accustomed to not only eat, but think of as healthy.  As antithetical as it seems to modern dietary practice, he has used it to reshape thousands of lives thus far, including athletes who are looking for an edge in the highest levels of competition.

Dr Chaffee contends that the so-called chronic diseases of modern day are not actually diseases per se, but in fact, toxicities and malnutrition: toxic buildup of species inappropriate foods and a lack of appropriate species specific nutrition.  This he calls his “Poison Theory of Chronic Disease.”

Dr. Chaffee has carried out extensive research into diet and nutrition and how this affects health and chronic disease. His research strongly suggests that most of the ailments we call chronic diseases, such as diabetes, metabolic syndrome, autoimmune disorders, and even heart disease are primarily the results of improper dietary habits, and not eating in a biological, species specific, manner. “The thing is, all the best evidence shows that biologically humans really are carnivores, and have been for approximately 2.5 million years,” Dr Chaffee says.

Dr. Chaffee is an advocate of eating animal proteins and fats instead of plant-based versions, and he is the Host of the Podcast “The Plant Free MD” and runs the YouTube channel Anthony Chaffee MD, along with an Instagram page of the same name, to educate others to follow Carnivore Diet.

In the future, Dr. Chaffee hopes to grow his Podcast and a YouTube channel as a resource for people to access and learn how to take charge of their own health and wellbeing, and is currently in the process of writing a book on the subject. Dr. Chaffee aims to publish this book on the Carnivore diet and reversing chronic diseases, and use it to challenge and hopefully change the medical community’s approach to treating these diseases.

Dr Chaffee contends that it is vitally important to bring about a change in the thinking process of how the doctors and patients approach modern “chronic” diseases like heart disease, diabetes, metabolic syndrome, autoimmune disorders, and even Alzheimer’s and dementia and treat them like what they are: Toxicities and malnutrition. “We as doctors approach diseases as having cures, so when we see a new disease, we look for its cure.  However when dealing with poisons we may give an antidote or chelating agent to support the patient’s recovery, but most importantly, you need to remove the source of poisoning such as lead pipes, or what have you. So, if we are treating the symptoms and ramifications of say heart disease or type 2 diabetes, but ignoring the underlying agents that are the root cause of these disease processes, then we are doing our patients a disservice.  We sort of tried this by recommending people stay away from saturated fats and cholesterol, which was the right approach, but it just happened to be horribly wrong.”  This is because, as Dr Chaffee explains, new evidence has emerged showing decisively that what we believed about fat and cholesterol is basically backwards, and that saturated animal fats and cholesterol are actually vital for healthy bodies, brains, hormones, and yes, hearts.  This is a recurrent theme in his videos, interviews, and on his Podcast.

Dr. Chaffee says the toxicities from eating plants and sugar cause a large number of diseases themselves, and malnutrition results from lack of enough species-specific nutrition: meat. Together, these account for the massive rise in chronic illness over the past half century.  Asked what the most life-changing moment was for him, Dr. Chaffee replied, “Realizing the true nature of chronic diseases, and that eating plant products and sugar, while reducing meat and animal fat, were responsible for the massive rise in disease and obesity over the past 40 years.”

Dr. Chaffee achieved success in his theory by relentlessly speaking out and challenging the status quo with facts and evidence ignored by many in the medical community. He brought hard facts and harder arguments, and in doing so was able to convince many of his peers and opponents in debate who had previously argued for a plant-based, or even vegan diet.

But where has this message been? Due to patient commitments and time constraints, up until now Dr Chaffee has been appearing on other people’s shows and podcasts, but not airing his own. Dr. Chaffee says he should have taken his message to a broader audience sooner, but is doing all he can now to rectify this delay.

In his words, “I saw that what I was doing helped people, and that I had something unique and important to say, even within the Carnivore community of speakers, that people seemed eager to hear. Because I know this can work for everyone, I wanted to be able to broaden my reach so that more and more people who were interested in learning how to improve their lives could learn what they needed from me to break through their goals and come out the other side.”  And we, at least, hope that he does.