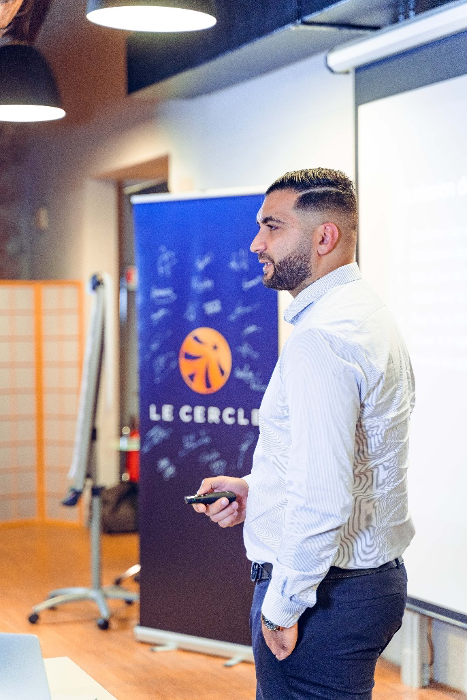 Most people spend their entire life without realizing what their true potential is. It is the ability to undertake risks and get out of your comfort zone that will help you climb the ladder of success. Angelo D’acunto worked as a security guard in a hospital and knew that he was worth so much more. He turned that around and is now known in all of France and French-speaking countries as the no. 1 closer.

D’acunto recounted his story when he left a stable job only to pay thousands of dollars to his mentor to master closing tricks. People often brought him down and said that he was committing a foolish act. But Angelo knew in his heart that to grow, he needed to give his best. It’s all about having it in you to make that difficult decision and work hard for your goal, is what he believes.

He soon gathered several achievements under his name. He shared his first success story when his wife spent the last 50 bucks buying a coat for his one-year-old daughter. That day itself, he closed a 42 thousand euro deal for a coaching program that earned him a commission of 5250€. When he collected his payment, he eventually broke down in front of his laptop out of happiness. It was the best day of his life!

All of this was possible because Angelo D’acunto invested his money and worked harder to get where he is now. He persuades his peers and the younger generation to change the way they perceive things. Having belief in yourself just the way Angelo did is the first step towards realizing your true potential. He claims that his journey has just begun, and he is eagerly looking forward to many more collaborations that can help him transform lives. Sincerely wishing for his best, we hope all his dreams come to fruition.