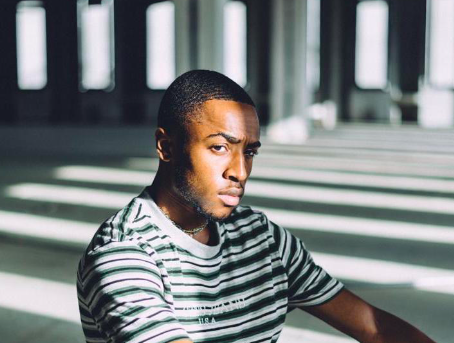 Adeyemi Oduwole 23, is on a serious mission: he hopes to one day create a vaccine that might eradicate coronavirus.

Oduwole’s love of science began at a young age, and his future was destined for him as he grew up in a family that consisted of many scientists and doctors. Oduwole’s love of the sciences grew to such extremes that he has called Bill Nye the Science Guy, his “Superman.” It was during his sophomore year at the College of Charleston for that Oduwole was offered his first research opportunity, focusing on the need for the eradication of colon cancer in a research lab at the Medical University of South Carolina (MUSC), and he hasn’t looked back ever since.

Ever since he jumped on the opportunity to do an internship at the university, which is the Medical Center’s academic arm, he has gone on to complete different projects with world-renowned organizations like NASA, National Geographic, and the National Institute of Health. He has worked in the lab with a professor who taught Biological Anthropology, Human Genetics, Population History, Epidemiology, and much more. Oduwole began to consume literature about how genetics could play a role in contracting COVID-19 and its influence on maintaining a healthy immune response.

The young researcher has already won numerous awards for his research. Last year, he attended the National Conference on Undergraduate Research, whose mission is to promote undergraduate research scholarship and creative activity in partnership with faculty or other mentors as a vital component of higher education. Furthermore, Oduwole was recently nominated to the “FORBES list- 30 under 30, where the young, creative, and bold minds on this year’s list prove that the future will be new, exciting, and profoundly different. These entrepreneurs are teaching viruses to fight cancer, developing technology to help astronauts breathe on Mars, and creating strings of hit songs that fuel our daily playlists, and that’s just a few. Harnessing expert community, robust reporting, vigorous vetting, and the world’s top investors and entrepreneurs’ wisdom, they evaluated more than 15,000 nominees. The final product: 600 revolutionaries in 20 industries changing the course— and the face— of business, technology, science, and society.

Oduwole is now working on his Master’s degree as a graduate student at the Icahn School of Medicine at Mount Sinai Graduate School of Biomedical Sciences at Mount Sinai Health System in New York. In such a dark time, the young man is keeping hope alive that his work will, in fact, be the answer to a dreaded disease that has taken the lives of many, so until then, he tells the New York Daily News, “If you never fail at something, you’ll truly never find out what it takes to succeed.”

You can keep up with Oduwole and his future endeavors at adeyablo.