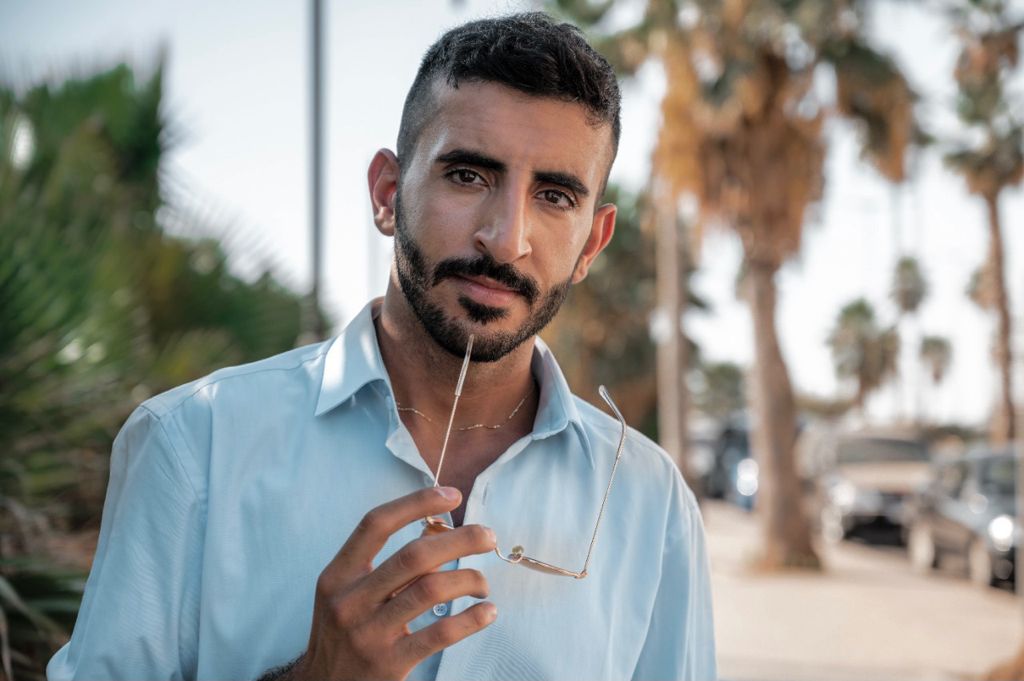 In Lebanon, a country facing resources shortages, poverty, economic decline, and widespread illness, mental health concerns like depression and anxiety are systemically put on the back burner, leaving an already vulnerable population to suffer internally as well as externally. Topics surrounding mental health are discussed within certain communities but are not widely accepted around the country. There is a pervasive mentality and perception that to admit to mental illness or to pursue treatment for such a thing suggests weakness. Incredible NGOs in Lebanon struggle to assist all those who are suffering from mental illness, but the general lack of support from sufferers’ families and immediate community adds immense pressure on these organisations. Thus, in the face of scrutiny and judgement, it takes incredible courage to stand up and share stories like Majd Zaher’s.

As a Lebanese man growing up in both the village and then, later, the capital city of Beirut, Zaher has endured, and continues to endure, the heavy burdens of chronic depression and anxiety disorders. Despite the stigma connected to his conditions, he feels compelled to share his experience. Through his writing, he promotes awareness and aims to dispel the painful and dangerous stigmas that keep those in crisis from seeking potentially life-saving treatment. His story is a source of inspiration for the marginalized, the bullied, and those suffering in silence.

Four years ago, life was piling up on Zaher, and he was struggling, but the trigger was a lover with whom he went through a traumatic breakup. He felt a new kind of sadness, a despair he could not tolerate. At the time, he had no one to turn to, no means of coping, and a view of mental illness derived from his conservative upbringing. Zaher was in a truly dark place. Suicide seemed the only means of escape from the pain. He found himself on a precipice between life and death. In hindsight, it took surviving his suicide attempt for him to acknowledge his need for treatment. A friend, for whom Zaher will be always grateful, introduced him to a medical professional. Challenging the archaic perspectives he grew up with, Zaher at last sought therapy.

Most unfortunately, however, was the insensitivity from the few people who knew of his suicide attempt who doubted and denied his mental health status. The questions and advice were always the same. “Why did you do it?” “You should stop being so pessimistic,” “There is always a choice; you didn’t need to choose suicide.” Their brand of toxic positivity was their attempt at helping. But Zaher found it was more complicated than that. Frankly – they couldn’t comprehend the hell he had been through.

Borderline Love in Beirut, Zaher’s internationally published novel, has been imprinted with the emotional and mental experience from this tumultuous chapter of his life. Writing this novel was a catharsis, as well as a more reliable way of expressing himself when speaking would so often fail him. It was only after writing Borderline Love in Beirut that Zaher was able to speak openly about his struggle with anxiety and chronic depression. Not only does the novel provide concrete examples of enduring and surviving mental illness and trauma, but it also speaks the unspoken to those who might be going down a similar path to the one Zaher took those many years ago.

There is a journey one must take sometimes between despair and success. Zaher learned to live and even thrive not despite, but because of, his mental health. Despite the insurmountable obstacles before him, stigmas, and a near absence of helpful resources, he survived and now works hard to help others through speaking engagements, interviews, podcasts, and articles like this one. He needs those who are suffering to know there is another way and that suicide is not the answer. In his own words, “Once you understand yourself, accept yourself, and love yourself, you can accept and endure anything in your life.”

Zaher has learned to live with his chronic depression, though the fight is an ongoing one. He has managed to “manipulate” his mind into reframing his condition. When he hears the voice of his depression telling him he can’t do it, and he should give up, when it weighs down on his self-worth, Zaher rails against it—defies it. Through thoughtful practice, the familiar sensations of depression, have become cues for him to exert energy, to do more. He is driven to work, writing stories that may help others as much as himself. Zaher’s work is his lifeline, and he uses it to expertly keep himself from sinking.

Friday, August 10 is World Suicide Prevention Day, and Zaher’s novel carries a powerful and timely message. The book that suicidal thoughts drove him to write, while a tragic story, is also a beacon of hope. It shows that the decision to live is not always the easy way, but it is the right way. He developed a system of resilience and support, and so can so many others who suffer from mental illness.

Borderline Love in Beirut is available at local book dealers in Lebanon and online at all major book retailers.