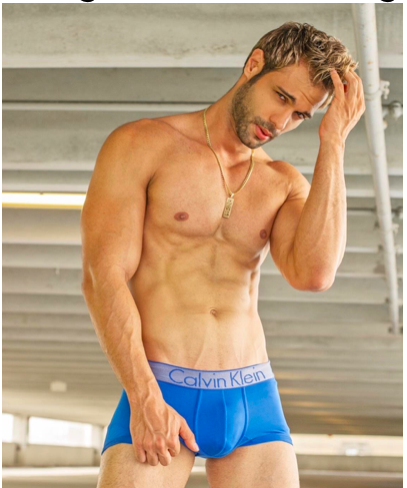 “If you feel like there’s something out there that you’re supposed to be doing, if you have a passion for it, then stop wishing and just do it.”

Many individuals dream of big in life and try to turn them into reality, but halfway through this journey, they lose the motivation to fight for those dreams. This is the story of a passionate individual, Daniel Nova, who never gave up on his dreams to become a renowned model. Danny has always been a highly motivated individual. Throughout his life, he felt as if he had a purpose in life. As he was quite keen on finding his passion from a very young age, he finally realized that he was meant to become a model and actor.

Everything happens for a reason. It is one’s hard work and determination that makes one thrive in life. Nova’s journey started when he moved to the United States of America at the age of four from Colón, Cuba. Daniel believes that each individual in this world has struggled in one way or another. Similarly, the model and his family have had a fair share of struggles back in Cuba, where his father was a political prisoner. Searching for freedom and security, his father was able to get a visa in the US that Nova is extremely grateful for.

“It takes only one event in life. Then your whole life changes completely. That even it doesn’t find you. You find it by going out there and doing something, not by just sitting and doing nothing.”
― De philosopher DJ Kyos

There is a lot of uncertainty in life, and one cannot say for sure what the future holds. It sometimes takes one defining moment in someone’s life to change it completely. Danny has been in the modeling industry since he was twenty-three, doing gigs and photoshoots for various brands. But it was at this particular moment when the Wilhemina Modeling company recognized his style and appreciated his modeling. Soon, they signed a contract with him in Miami, Los Angeles.

In an interview with Wire Magazine, he says, “Sometimes things just happen in life. Opportunities arise that you’re not even looking for. I guess you’re just in the right place at the right time.” As Nova’s career took a headstart, he also signed a contract with Elite Models in Miami and has worked with various magazines in the US and Europe. The Cuban model has modeled for many notable European brands, including Polo Jeans, Calvin Klien, and Guess by Marciano.

Born on January 24th, 1988, the modal has always received immense appreciation for his style, looks, and modeling. His confidence motivated him to explore his acting talent, and he also decided to study acting from Mexico. Daniel grew up watching the movies of Nicholas Cage and has always admired the actor for his demeanor. Inspired by Cage, the model knew he had it in him to act and perform in front of the audience.

So far, he has been featured on a TV show called Univision in Sabado Gigante with Don Francisco. Over the years, he has grown fond of acting and describes it as “A feeling that you get and the passion that comes with it. You can be so many characters with so many different circumstances in life, go through so many feelings, and sometimes in such a short time that words can’t explain.”

For Nova, family is the most important thing in life. He is extremely close to his son Daniel Alejandro and spending time with him. Learning from his father’s sacrifices to protect their family, it is no surprise that Danny would do anything to protect his loved ones. The actor also believes in giving love to others as the world is in dire need of it. Besides his passion for dancing, traveling, acting, and modeling, Daniel has immense love and respect for his fans, who have supported him throughout his journey.

It can be said that Daniel Noova is one of those individuals who are not scared of chasing their dreams. While his career started off with modeling, Danny also has a vision of becoming a famous star, making strides in the film industry.