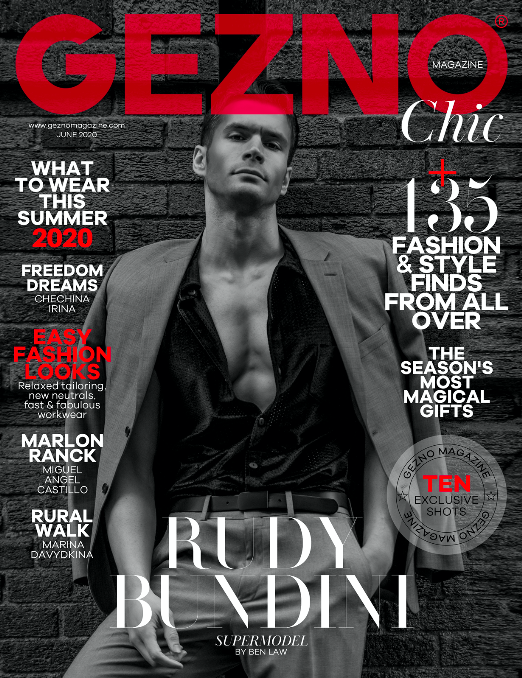 With many of the industries of the world put on a hold due to the ongoing global pandemic, one rising, New York-based model is looking for new ways to build and sustain his fan base – all while keeping himself relevant in the fashion industry. The model is Rudy Bundini, who has been using social media, along with a few of his celebrity friends, to keep himself active in relevant throughout these strange times.

Born in Basel, Switzerland, Bundini moved to the United States in 2014 in order to pursue his dreams in entertainment. Upon his arrival, Rudy began to find instant success in the world of modeling, racking up more and more accolades, year after year. Bundini was named “Male Commercial Model of the Year” by IMTA and has seen work with some of the world’s biggest brands, like Nike and Versace. Since the pandemic began, the rising star has been finding new ways to continually ride this wave of success. By way of the Instagram livestream platform, Bundini has connected for conversations with celebrities like Snoop Dogg and Tory Lanes and has amassed over 2.5 million followers on the platform.

This innovation is not new to the young model, as he has come to be recognized as one of the hardest working and most devoted models in the game, which has separated him from his peers. In a recent feature with Forbes magazine, Bundini shared his thoughts on why a devoted and strong work ethic is important – not just in modeling and fashion, but in all lines of work. “Stop waiting for somebody to elevate your game. You are already equipped with everything you need to manifest your own greatness.” Such wise words from such a young talent truly allude to the talent and bright future possessed by Rudy Bundini.

To learn more about the young model, follow Rudy Bundini on Instagram, and check out his IMDB page.