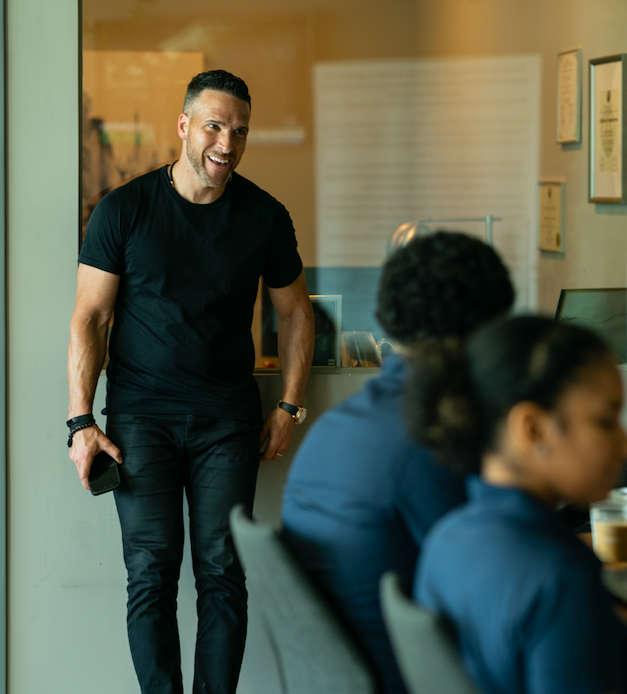 In a blog post titled Warren and Me published on his Gates Notes blog, the founder of Microsoft Bill Gates shared a couple of sentences that serve as an intro to one of the world’s most interesting friendships and mentorships. “In 1991, my mom said she wanted to introduce me to Warren Buffett,” Gates wrote. “I was reluctant—I didn’t think we had anything to talk about. It turns out we had a whole lot to talk about.”

While Gates probably would have done well for himself even without the benefit of having the world’s foremost investor to talk to, there’s no denying the value in having a mentor. It starts at an early age, too. Research into the work of Big Brothers, Big Sisters has found that kids who have a mentor are 37% less likely to skip a class, and 52% less likely to skip school. They’re also less likely to start drinking or doing drugs, or even hit someone.

One of the reasons why mentorship is so valuable and impactful is because it exposes the mentees to information that might help them make better decisions. It was probably true for Gates, it’s true for young adults, and real estate investor Ralph DiBugnara would argue it’s certainly true for people who are new to real estate.

“Anyone who wants to start investing in real estate,” says Ralph DiBugnara, “should first find the right mentors and figure out what kind of investor they want to be. Jumping straight into a market or a house is generally a bad idea.” A veteran investor in his own right who is planning on helping investors get into short-term rentals with his upcoming course, DiBugnara has had a chance to benefit from other people’s knowledge and share what he’s learned with beginners.

Taking a page from Bill Gates’s book and looking through one’s network—even an extended network—might do the trick for finding a starting point. The types of personal networks that yield potential mentors usually include people who work in or around real estate. Even when there are no investors, agents, or brokers in sight, a contractor, a financial planner, or even a banker might point someone in the direction of a potential mentor.

Industry events provide a great opportunity to find people with experience in real estate. For a fledgling investor who sees a room full of unfamiliar faces as a challenge to exercise their networking muscles, this might prove to be the perfect opportunity.

There are also ways to find mentorship that don’t require networking. Enrolling in a course or any other kind of educational or training program could be a way to get some knowledge without breaking the bank. It’s also possible to turn to local or national real estate investor organizations for help; they might have mentorship programs in place.

If everything else fails, it’s easy to find investors who offer mentorship for hire, though that might prove to be the riskiest and the most expensive option. Still, if the opportunity to work with a solid mentor presents itself, it might be well worth it. Just like anything with real estate, the relationship with a mentor is an investment. When approaching a mentor, it might be wise to heed the words of Ralph DiBugnara: “Figure out what return you want on your investment and what your exit strategy from that investment will be.”