Joseph Dituri aka Dr. Deep Sea, Who is He!! 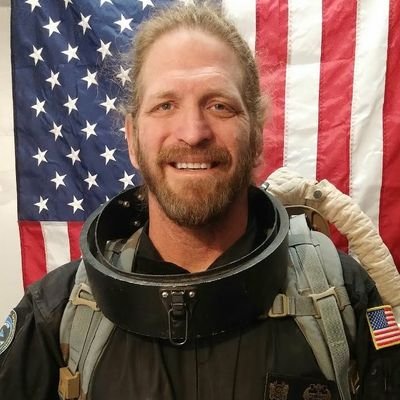 Probably, the name Dr. Deep Sea is more popular than Joseph Dituri, his real name. And there is no doubt that everyone is now fully aware of who Dr. Deep Sea is but how he came to earn the very name and what he did is known to a very few people.

It all began in 1985 when Joseph Dituri was enlisted in the U.S. Navy. For several years, he worked hard and served actively on various ships and shore stations where he used to be involved in saturation diving and ship repair, and he loved every moment of it. Joseph Dituri served at his designation for ten years. At the same time, he also got enrolled in a bachelor’s degree in Computer Science at the University of South Carolina.

In 1995, after he earned his B.S. in Computer Science, Joseph Dituri was commissioned into the Special Operations Officer pipeline. He also became the Diving Officer at Mobile Diving and Salvage Unit One and the Operations & Salvage Officer onboard USS Salvor.

After serving for a few years, he made a switch toward the engineering side, serving as the Engineering Duty Officer (Diving Officer) at Pearl Harbor Naval Shipyard. Joseph Dituri dedicated enough time there that he saw himself becoming the Nuclear Project Superintendent, Project Manager, Docking Officer, Diving Officer and Business Operations Officer.

With the aim to pursue a master’s degree, Joseph Dituri transferred to Naval Post Graduate School, where he earned his degree in Astronautical Engineering, and his thesis topic was in Orbital Determination. Because of that very reason, Joseph became an invited speaker on a variety of space-related topics. While he was still on tour, Joseph also completed the “Saturation Diving Officer school” as a preparation for his follow up assignment.

After he completed his master’s, Joseph was assigned as Officer-in-Charge Deep Submergence Unit (DSU) Diving Systems Detachment (DSD), where he worked hard, and a few years later, the DSD won the white “D.S.” award for deep submergence excellence and certified the 2000 fsw Atmospheric Diving System for fleet use under his command.

Joseph also became the Program Manager’s Representative for NAVSEA PMS 394, the Submarine Rescue Diving & Recompression System (SRDRS). Upon fielding and initial testing, the team introduced the SRDRS into Naval service and took it on two international engagements. At that time, Joseph earned the DAWIA certification of Level III in Program Management.

He retired from the U.S. Navy in 2013, carrying on his professional life as a motivational speaker. His life experiences from all over the world have enabled him to capture the real essence of what it takes to be able to communicate with people. He then decided to go back to school and earn a Ph.D. in Biomedical Engineering with the aim of fixing problems in medicine and undersea he observed throughout his 28-year Navy career.  Hence earning the name, Dr. Deep Sea.

Moreover, Joseph Dituri, a.k.a Dr. Deep Sea has also penned down a number of diver-training manuals. He is also the co-author of the book “Tao of Survival Underwater.” Joseph is also the contributing author who helps in writing various parts of the Navy Diving Manual. His work has been published in several journals, including those produced by the American Society of Naval Engineers and American Institute of Aeronautics and Astronautics.

As of today, Dr. Deep Sea is s investigating the use of hyperbaric medicine for the treatment of the current COVID 19 outbreak. He said, “It operates in very much the same way for COVID-19 patients…; COVID-19 patients cannot get enough oxygen into their lungs and bloodstream to give their cells enough to survive. COVID-19 also decreases red blood cells’ ability to carry oxygen, effectively starving body cells and, consequently, the rest of the body’s cells. Additionally, it helps slow the cytokine storm which enhances healing.”

Joseph loves skydiving, enjoys writing books and has a long-term goal of being a civilian astronaut!