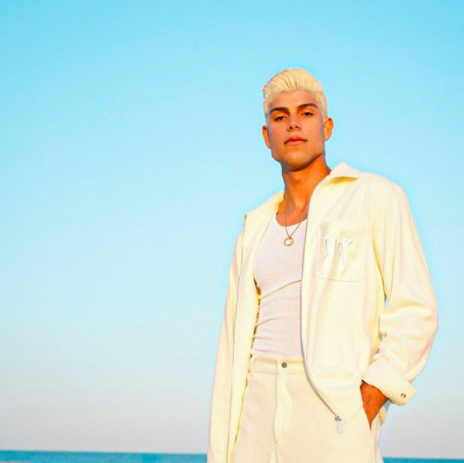 On one side the world is getting smaller and smaller due to the onset of the digital wave since the past few years and, on the other hand, the world has also got closer than ever, also because of the increasing use of the digital mediums that have helped people come under one roof, communicate and engage more with each other. This is has given rise to many creative and innovative influencers, catering to different sectors. The digital mediums have also opened up doors for everyone, becoming an inclusive medium, welcoming people of all sorts and communities. One such youngster who found his purpose in life through the digital world is Lucas Castellani. He is the talented man who today enjoys great popularity and name not just as a fashion influencer who has made a fortune, but also as a minorities advocate who works towards making that important change in the society. As a child, he was at the receiving end of many who bullied him for being gay, but Castellani had started sharing his varied experiences through his blog. Gradually, he started attracting more attention from people, not just because of his personality, fashion style, choice of clothes and lifestyle, but also because of strong opinions on mental health, his community, and youth empowerment.

Castellani is a proud and successful fashion influencer with a colossal charitable trust that works with the aim to give back to his community. He also wants to inspire youngsters to fight for their rights and develop a more equal world for them and for all, getting rid of any kind of mental health illnesses.

Today, Castellani has gained massive respect not only for his skills and expertise as a fashion influencer working with world-renowned brands like Gucci, Moncler, Burberry and Valentino, amongst others but also as an individual and an activist who fights for his community and works for their betterment.

Any thoughts on this @Prada lwek ?

Castellani has overcome all his past struggles as a kid and has reached the highest realms as a prominent style influencer who owns a home on the very top of Beverly Hills at the iconic most Mulholland street. He lives in the same house, which was the first-ever house John Lennon bought in Los Angeles. Not just that, the house is next to Lanny Kravitz, P!nk’s house. It also has the Mulholland State gated community where Paris Hilton lives right next door.

– What’s filled with creativity, determination, boldness, empowerment and dressed in warm, joyful and colourful designs ? #MonclerGenius is a house to remind you to stay confident, fearless, creative and never forget to have fun, relax and enjoy the journey like I do. #WeAreTheFuture #Moncler

What’s even more amazing about the house that Castellani lives currently in is that most of the furniture is actually a part of the original furniture that has been left by John Lennon. The other added furniture in the house has been put together beautifully by Castellani’s interior designer Alessandro Alessandrello. Most of these stunning pieces have come from the Italian furniture design Visionnaire or the antique shops, to blend in beautifully the furniture left by the legendary rockstar and the style of the house.

Speaking of the quintessential and exemplary Mulholland drive; it was named after William Mulholland, the pioneer civil engineer. It is such a phenomenal place that many novels, movies and songs have featured the road. Many people feel that the road defines the history of Hollywood. It has always been considered as one of the best scenic roads in the US.

Today is a very important day. It is the day we commemorate those lost to the HIV / AIDS epidemic and encourage people across the globe to join in the fight against HIV / AIDS. #amfAR has been fighting and adding effort to end HIV during the past 34 years and we must continue the fight! There are still currently 37.9 million people in the world living with HIV. 1.7 million of them are children. It starts with your own community. Because we’re looking forward to a time when HIV is no longer disrupting—and ending—lives. We’re looking forward to the first World AIDS Day when we can say: We made HIV/AIDS history. Tap link in my bio to Donate and support amfAR HIV research or visit their Instagram story to Donate. “We must end #hiv #aids. And we must end the stigma and discrimination”. – @theeBillyPorter #WorldAIDsDay Ph: @thestewartofny

Many A-listers have found their nest on the Mulholland drive; one of the names is the Academy award-winning actor Jack Nicholson. Other stars who have known to have had mansions on the iconic street are Marlon Brando, Demi Moore and Bruce Willis, Warren Beatty, Michael Jackson and Madonna.

Happy international Women’s day! I have so many amazing, inspiring and empowered woman around me and I feel so honoured by that, I’ve learn and grown so much from those woman to be stronger, to draw strength from trouble, to smile during distress, to be queen whenever I decide and that no one has the power to defeat the tremendous power inside you. May today we celebrate woman’s and everything you girls has been conquering and accomplishing with the #feminism movement which is by far the most successful movement happening alongside #LGBTQI+ movement and for that I will leave with this beautiful @HillaryClinton quote: “human rights are women's rights and women's rights are human rights once and for all.” ???????? #WomensDay

Lucas Castellani proves the world that if one sets a strong sight on something, works consistently to achieve all their goals and desires in life and at the same time also works for the society and their community, nothing or nobody can stop them in becoming what they want or living a lifestyle of their dreams.