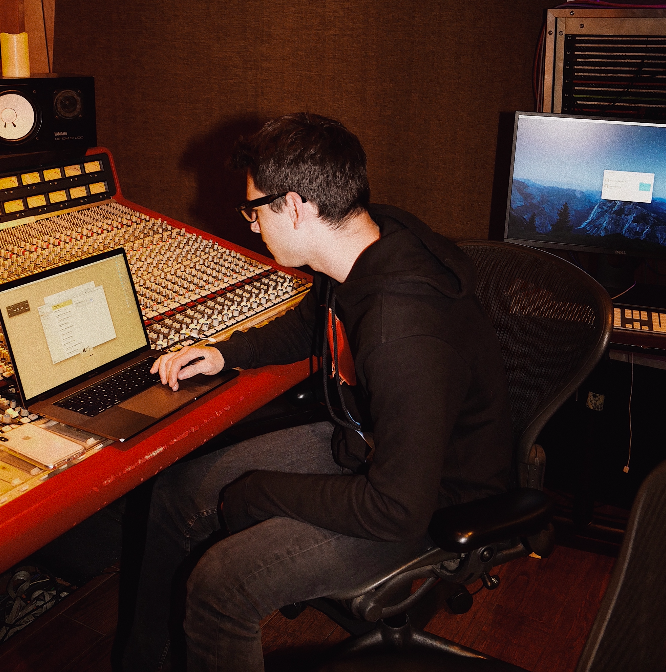 EDM prodigy Simon Alex was on the peak of the industry when he decided to rather focus on pulling the strings behind other upcoming artist’s careers. A mission, that shows the full talent of the scene’s star.

The young artist from New York City established himself amongst the top tier of the electronic dance music as a teenager. In 2015, with strong support of industry greats such as Tiësto, Hardwell, Swedish House Mafia, Martin Garrix and Steve Angello, Simon Alex rose to the top level of the industry.

Angello, took the teenager under his wing. Simon Alex quickly emerged to one of the EDM scene’s most celebrated newcomers.

With an outlook of being part of the EDM elite, years of successful touring were ahead of the young talent. But Simon Alex made a pivotal decision, shifting his focus on playing a different part within the industry. The producer launched his label Fly AVTR while still releasing his own work, but already had a bigger vision for the multi-service business.

From Young Artist To Young Leader

He started working behind the scenes, helping touring top DJs produce and finish their own records. During this process, he gradually shifted to a rather pop-oriented production, highly benefitting from his production skills as an EDM producer. A genre, that has widened its influence into other genres such as pop and hip-hop simultaneously with Simon Alex development.

In contect – Alex was still visiting high school at this time. And following a one year stint at New York University’s prestigious Clive Davis Institute of Recorded music, the youngster already felt more than experienced enough to take things to the next level.He started managing the at the time 12-year-old rapper Bouba Savage, the teenage sensation that was destined to go viral with his song ‘Buss It Down’. The rest is another chapter in his ongoing success story.

Simon Alex’ involvement at this time would go way beyond the music management, but lead to his artist’s collaborations with major brands such as Nike, Helmut Lang, Footlocker, and others.

Fly AVTR’s roster of artists would grow to an impressive portfolio in very short time. Although the name of the label had been used by the artist before, the business was officially launched earlier this year. His list of clients is currently growing, with prominent names such as the Universal Music Group, Lil Tecca, Columbia Records, Brockhampton, SOPHIE, Fivio Foreign, Republic Records, Kenny Beats, as well as the late superstars Juice WRLD & Pop Smoke amongst many other success stories associated with Fly AVTR.

Constantly proving the right hand for picking talent, leading it to the right partners, moves, and decisions, more and more artists are hoping to be taken under the wing of the star-maker. And we’re sure there will be more stories to tell.