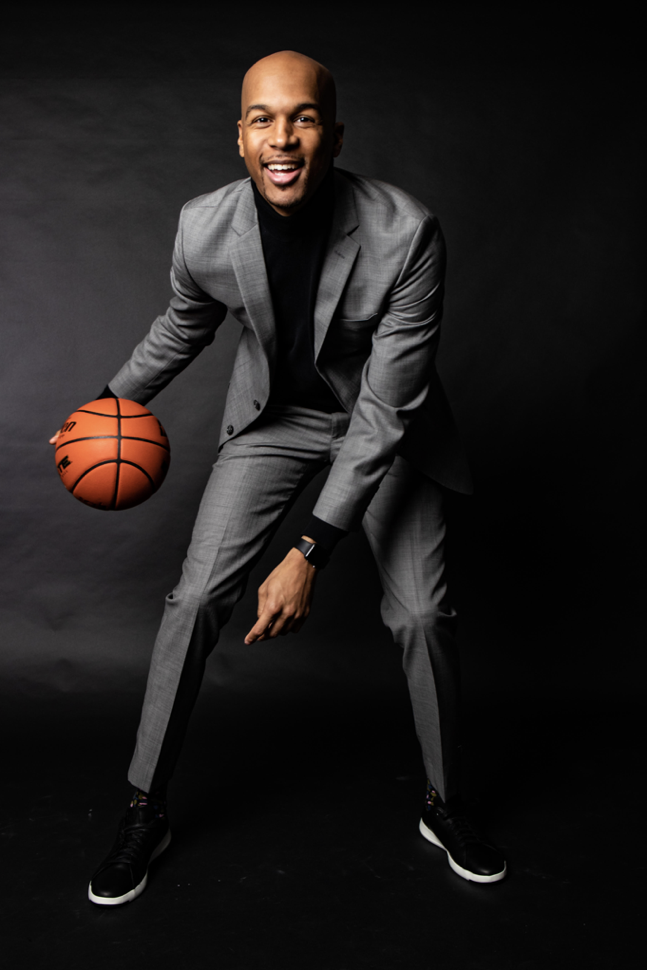 As a former professional basketball player, Art Morrison III has competed at the highest level. Now, he applies the skills and talents he developed in the professional ranks to excel as an entrepreneur and real estate investor. And he wants to help other athletes achieve similar goals.

For Morrison III, there are obvious ties between professional sports and entrepreneurship – the pursuit of excellence, the commitment to personal development, the feeling of reaching the pinnacle of your profession, and the drive to keep pushing that boundary. However, he also makes several key distinctions between the world of athletics and the world of business. Specifically, while athletes are constrained by physical limitations and time, an entrepreneur can experience nearly unlimited opportunities for growth and success.

“As an athlete, you have the ability to, for the most part, control your fate and control your success by working hard, working out, putting the hours in training, studying film,” Morrison III explains. “With entrepreneurship you still have that level of control, if not more so. The more you put in, the more you can get out – and you can use your own creativity and style.”

Morrison III began his own entrepreneurial journey while still competing overseas in a professional basketball league. By leveraging his growing popularity as an athlete – and by applying many of the skills he developed from years of competitive sports – he was able to launch his own basketball training camp, begin a successful career in real estate, and write an inspirational book to share his story with others.

As he explains, life after basketball has afforded many opportunities that simply would not have been possible if he had transitioned from professional sports into a traditional day job.

“Athletes need that competitive environment, and most jobs don’t provide that competitive edge,” Morrison III says. “That is why a lot of athletes find themselves in sales. But the ultimate sales job is entrepreneurship, because you have to sell yourself and sell your business.”

The truth is, Morrison III says, that a professional athlete’s career is remarkably short. The earning window for an athlete is only a few years – and even shorter if they are faced with a setback or injury. And once the playing days are over, many athletes struggle to determine what to do next.

That is the beauty of entrepreneurship. It offers an unprecedented level of control to individuals who have become accustomed to taking ownership for their own lives and careers. The secret, however, is to not wait until after their professional career to begin a lucrative business. Morrison III points to NBA stars such as Kevin Durant and Lebron James – athletes who have untethered their future earnings from basketball, making smart investments and developing their business acumen to ensure they will continue to make money long after their retirement from the NBA.

And while not every athlete may reach the lofty heights of Durant and James, every professional athlete can create future opportunities for themselves simply by starting their own business ventures before they end their playing careers.

When their professional careers end, many athletes find themselves unprepared and “just take a job because they need money or security immediately,” Morrison III says.

“While you’re an athlete, start thinking about ideas now while you have that income,” he adds. It was this foresight that allowed Morrison III to get a head start on his business journey, generating incredible opportunities and financial gains outside of basketball.

“Once I started playing, I realized that while playing is amazing, it is also a job,” Morrison III says. “I went into business and got a head start on the principles of entrepreneurship, and five years in, I transitioned into real estate. The earlier you start, the better.”

Although Morrison III enjoyed many incredible experiences as a professional basketball player, he says that the rewards of entrepreneurship can exceed even the thrills of competitive sports. For any athletes looking to make a transition into life outside of their playing careers, he uses his own career path as an example of what can be possible. Start early, do what makes you financially and personally happy, and find opportunities to grow and thrive for decades after professional sports.

“As an athlete, you fall in love with the journey, not the end goal. But no sport can be played forever,” Morrison III says. “Entrepreneurship is an endless journey of success. It’s something that you can take on forever.”

Art Morrison III is a former professional athlete, an author, speaker, and successful entrepreneur. To learn more about his professional achievements and follow his entrepreneurial journey, visit www.ArtMorrisonIII.com.