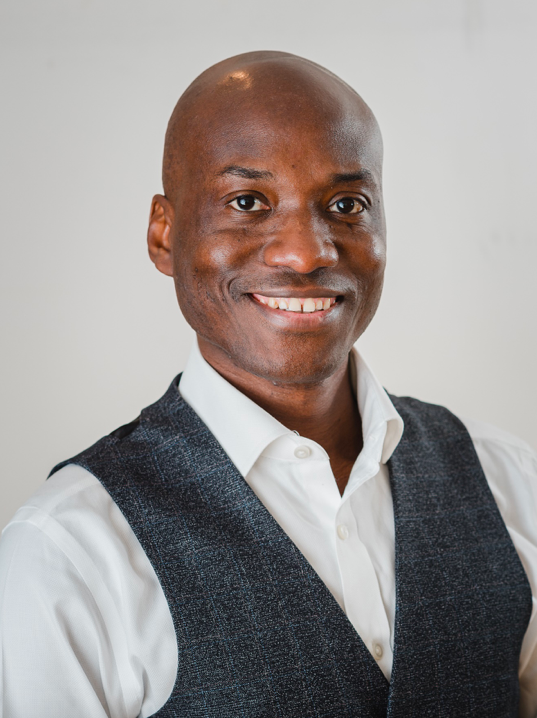 People, regardless of their origin, race, religion, or culture, are full of potential, but not all know the secrets of using their potential at its fullest. To be able to perform at one’s full capabilities is a skill not many people know how to use, yet is needed to lead a stable and successful life.

The secret to building a stable life is to draw inspiration from the right sources, channel the motivation through proper pathways, and break free from the restrictions imposed on one by their own minds. All this can help an individual become unstoppable. These skills even help people pursue their passions, follow their dreams, and build multiple careers that widen their minds’ horizons and boost their capabilities.

Acing the game of life is 42-year-old Nigerian-born George Badejo-Adegbenga. The father of four beautiful daughters, George, is not only a renowned Solicitor and Barrister of England and Wales but also an emerging entrepreneur in the world of FinTech.

He acquired the position of a qualified Barrister and Solicitor of England and Wales in 2009, and since then, he has been working to establish himself as a top law professional. It was always his dream to establish a successful law career while keeping his interest in financial services alive.

Over the years, George has invested his time and efforts in building for himself the kind of life he had always desired. Breaking free from the non-existent cages made of his own thoughts and the society’s stereotypical mindset, George shaped his life based on his ideology, inspired by his grandfather.

Pursuing Multiple Passions is Not Impossible

George Badejo-Adegbenga was born on July 7, 1978, to Anthony Adesina Badejo and late Esther Adenike Badejo, in Nigeria. He grew up in Lagos, where most of his time as a child was spent with his grandfather, who was the Bale of Igbaga Land of the Ogun State. All the time he spent with his grandfather, he established an ideology that became the foundation of George’s life. He has based his life’s choices on the concept of “defending the weak and vulnerable and being the voice for the oppressed.”

To pursue this, George went on to establish a career in law and became a well-known defense lawyer after he moved to the United Kingdom. While practicing law was his aspiration, finance was his passion. The reason why he acquired a diploma in financial accounting from Federal Polytechnic in Nigeria. After graduating in 2002, he moved to England and enrolled in the University of Huddersfield to complete his bachelor’s in law. During his bachelor’s, he also acquired CSA Diploma in Debt Collecting from the Manchester Business School.

He was also working at Jewson & Graham Plc during his law education, and later GE Capital Bank Ltd as a Collections Adviser & Quality Trainer. While he studied law, he kept his passion for finance and accounting alive by pursuing jobs within the industry. George was able to qualify as a Barrister of England and Wales in 2009 when he was enrolled in the Bar Vocational Course offered at the BPP Law School. On July 22, 2010, he was finally called to the Bar.

The way George has managed two careers simultaneously is proof that pursuing multiple passions is possible if one has the skills to extract the fullest of their capabilities. Motivated to make a difference in this world through his efforts, George did not rest until he built a strong portfolio in both professions.

Exploring the World of FinTech

George has been practicing law for more than a decade. He has a strong educational background that gives him an edge over other professionals in the industry. The UK-based barrister and solicitor has been providing his services as a legal advisor since 2009. Even today, he provides pro bono services to many who can’t afford a lawyer.

By working in the world of law, he did not give up on his passion for the finance sector. As serving the community has always been the basic foundation of his life, he decided to align his passion with his life goal, which was to help make the world better. It led him to lay the foundation of WageX and Money In Minutes in Africa. The primary purpose of WageX is to “provide interest-free payday finance to employees before their payday.” On the other hand, Money In Minutes is a fintech firm dedicated to the cause of “bridging the access to finance gap in West Africa.”

To establish a strong identity as a fintech entrepreneur, he acquired an executive master’s in business administration from the University of Oxford. He is accomplishing two of his life goals with his companies in the finance sector; he is pursuing his passion while maintaining his core values to help all those struggling in the world.

Currently serving as the Chief Legal Counsel and Chief Risk Officer of Loans 2 Go Limited, George is actively working on developing his career as a lawyer and finance professional. Being a versatile professional, he has worked with GE Money, Eversheads LLP, Ventura (now Capita), HML (Now CLS), and now with Loans 2 Go. He is a successful law professional, a management professional, and an emerging fintech entrepreneur. His portfolio’s diversity is proof that people can pursue multiple passions while staying close to their core values. George did step into fintech but did not forget his purpose in life, setting an example for the world!