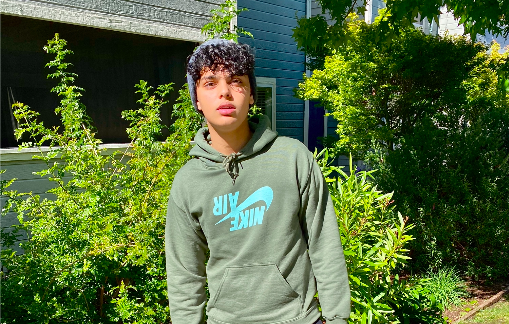 At 14, Cassim started reselling rare sneakers in the hallways of his highschool in California, now at 16, he no longer sells them but gives them away.

From SneakerHead to social media marketer, Cassim pulls in annual six-figure salaries before he even has his full license.

Cassim used the revenue he accumulated from flipping sneakers to invest in his social media marketing strategy.

Using his connections in the SneakerHead community, Cassim acquires rare shoes and hosts contests on his Instagram page to gain new and active followers for clients. Clients pay Cassim a set amount and in exchange, their Instagram handle is part of the instructions required to enter the draw for the sneakers.

“Do you want to gain anywhere from 1,500 to 3,000 active followers on Instagram?” asks Cassim on his Instagram (@itsumarc7) story. “DM me to get started today.”

Cassim has accumulated over 115,000 followers on his Instagram himself, and he credits the connections he made as a huge factor.

“I believe contacts are more important than anything,” he says. “Knowing the right people helped me get brand deals that I had been chasing for a long time.”

Cassim has worked with some of the biggest Instagram sneaker pages in the world including reposts from Complex Sneakers, and BR Kicks, the latter bolstering over 1.7 million followers.

Active followers are in layman’s terms — real people behind the screen.

Instagram is plagued by fake followers called “bots” that can be bought from an abundance of different websites. Google “buy Instagram followers,” and you will find enough options to make your head spin.

According to an in-depth report by the New York Times called “Following Factory,” some fake profiles mine and use data from an absurd number of unaware profiles to make them appear authentic.

A report from 2017 by cyber security firm Imperva, reveals 51.8% of online traffic on Instagram were fake bots. 22.9% of them were harmless fake profiles, but an alarming 28.9% of the bots held viruses or cracked passwords.

Cassim’s giveaway model makes it hard for bots to be included in his client’s growth. Users have to follow several manual directions in order to be entered in the draw, limiting the amount of bots who have a high enough operating capacity to follow those directions.

“I believe my clients keep returning because of the honesty and transparency they receive,” says Cassim.

Cassim uses what he refers to as “gain groups,” in order to increase his clients following as well as his own. The gain groups are contest regulars who follow anyone in the giveaways instructions, but like a fire, the contest spreads to new possible followers looking to walk away with new pairs of shoes.

Dominating early in life, Cassim has no plans on stopping. The young entrepreneur hopes to expand his repertoire, as he plans to begin ventures in the eCommerce and real estate industries.