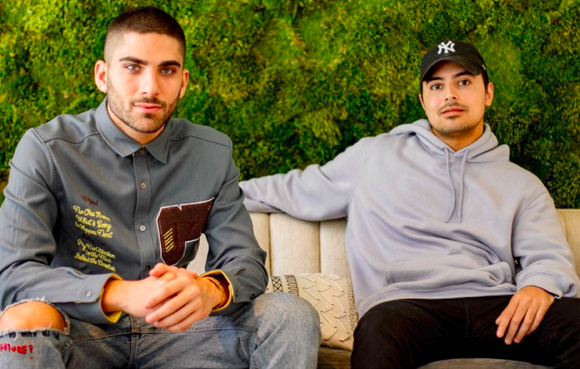 When Stephen Orso and Peter Ashley established Loyalty Records, they had a precise vision for the venture; Loyalty Records would be a record label that would be forward thinking with an emphasis on authenticity and culture, as opposed to chasing viral moments

Stephen is not only passionate about facilitating a creative and open experience for all of his artists, he also uses all of the resources he has at his disposal to facilitate his artist’s success in many different capacities. Beyond giving his artists the creative keys to hone their own musical vision, Stephen ingratiates his artists in exclusive entrepreneurial and social circles only he has access to. Not only is this scene a wellspring of inspiration and networking, it also is the secret component to laying the foundation for an artist to take off.

Further, artists at Loyalty Records benefit from Stephen’s unique approach to content. He has created opportunities for Loyalty artists to incorporate their music into other projects via his film and TV ventures where his acts will often find their music featured. This allows Stephen’s artists to expand their audience, be exposed to new opportunities, diversify their creative skills, and create different streams of income.

Stephen’s track record is proven. He has played a major role in developing artists who have gone on to generate well into the seven-figures from their music. Stephen believes in all artists’ business savvy and potential, which is why he takes his mentorship role so seriously. Now with Loyalty Records, Stephen has the infrastructure to treat artists like business partners. Despite this focus on business, Stephen strongly believes in treating all of his artists, as well as the entire Loyalty Records team, as one big family. He believes you should only work with people you can trust. Loyalty is at the heart of his business, his relationship with artists, and his interest in protecting their rights.

Stephen’s entrepreneur experience, unique connections, and trustworthiness are what really set Loyalty Records apart. The label itself is truly about showing up for others, treating them like family, and always being transparent with each other.