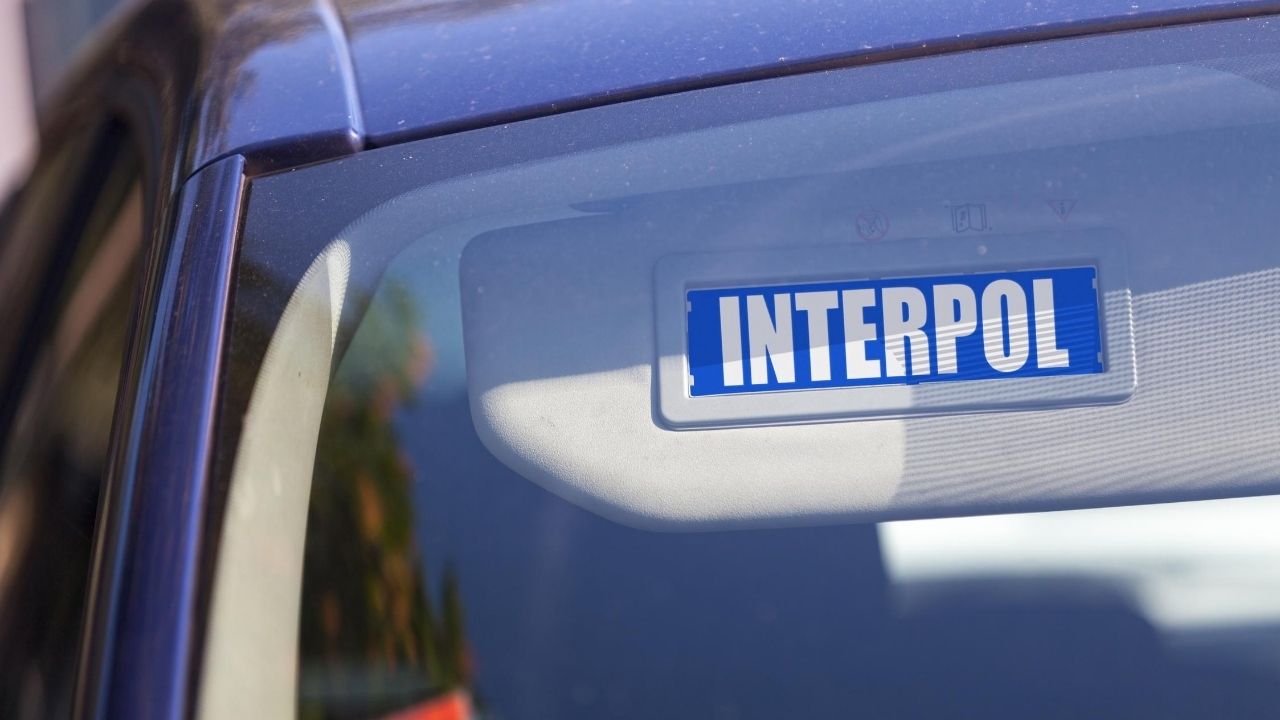 Investigations indicate that the United States had been tracking Saab’s jet and suspected that he was on board and alerted the Cape Verdian authorities. Once it was clear that Alex Saab was indeed on board the United States issued an Interpol Diffusion Notice (often referred to as Re Notice-Lite) seeking the detention of Saab.

As the Financial Times highlighted in an article on 19 November 2018 the use of Interpol Diffusion Notices has risen 5-fold since 2018 resulting in significant disquiet that the Interpol sysytem is being gamed and that Interpol itself is being exploited.

The FT article goes on to say that “But the step change that has triggered concern about Interpol is the explosion in the volumes of requests being put through its systems. The number of red notices issued via the organisation to seek the arrest of a wanted person climbed from 1,378 in 2003 to 13,048 in 2017. Still more significantly, issues of so-called diffusions — a less formal request for arrest* or other assistance that can be made either to selected countries or Interpol’s entire membership — rose from 19,338 in 2015 to 26,645 in 2016 and then almost doubled to 50,530 last year.” 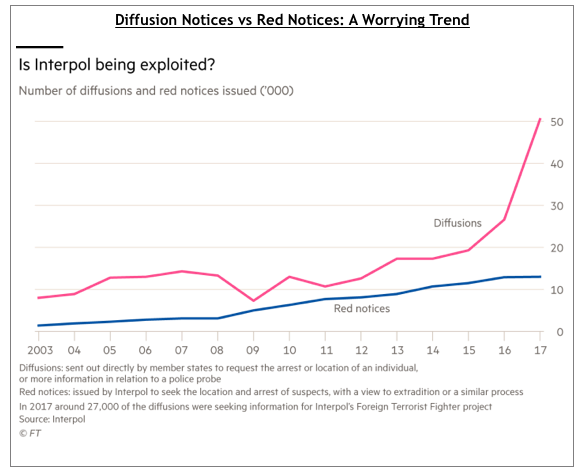 Why should anyone be concerned by the dramatic rise in the use of Interpol Diffusion Notices? Unlike the Interpol Red Notice, Diffusion Notices, often referred to as Red Notice-Lite, require a very low threshold of scrutiny for them to be distributed through the entire Interpol System (see table later).

Interpol now finds itself in the middle of a politically-motivated tug-of-war which comes at a time when the organisation is only just recovering from several embarrassing missteps (highlighted in the same FT article) over the past 24 months. Interpol’s rulebook specifically prohibits the organisation from being involved in issues which are politically-driven. Observers also remain puzzled why, if Saab was regarded as being of such high interest to US law enforcement, he was made the subject of an Interpol Red Notice only on 13 June 2020.

Saab’s habeas corpus motion challenging his original detention was brought brought before the Cape Verdian Supreme Court on 22nd June. According to that day’s court filings, events unfolded in the following way on 12/13 June:

Communication between Cape Verdian Law Enforcement (CVLE) and their US counterparts in which CVLE states:

“…American authorities alerted our police authorities…of the suspect’s possible arrival at Cape Verde and requested that he be detained as part of an alert …in the INTERPOL system.”

From which it is clear that Saab’s plane was being tracked/monitored and the US had placed some form of alert against the Special Envoy in the INTERPOL system.

“However, when doing a search through the system, there was a Broadcast which would not allow his detention/arrest, since the [Cape Verdian] law requires the “Red Alert’…”

What this is clearly saying is that there was an Interpol Diffusion Notice in the INTERPOL system and it was on the basis of this Diffusion Notice that the Special Mission was interfered with even though CVLE knew and acknowledges that such detention was illegal under the laws of Cape Verde and could only take place on the basis of an INTERPOL RED NOTICE (which is referred to as the “Red Alert”).

It is at this point that CVLE probably overstepped legal boundaries to unlawfully interfere with the Special Mission because CVLE communication goes on to say:

“…we immediately informed the American authorities of this fact that they immediately asked the General Secretariat in Lyon to issue a “Red Alert” to be able to carry out his detention/arrest, the alert was completed in record time and the individual was detained”

This last certainly would suggest that CVLE knew it had illegally arrested Saab, however, they cooperated with US officials who in turn pushed INTERPOL “in record time” to brush aside the initial illegal detention with the veneer of the Red Notice which Cape Verdian law required.

In court Monday the Prosecutor argued that the “record time” in which INTERPOL issued the Red Notice meant that even though it was 13 June in Lyon, due to the 3 hour time difference between Cape Verde and Lyon, it was still 12 June in Cape Verde thus in his eyes making Saab’s detention legal.

Experts point out, however, that unfortunately for the Prosecutor his position is still unlawful for two reasons. At the time the Saab was initially detained his detention was illegal under the laws of Cape Verde and he should have been released. Furthermore, both the initial detention and the subsequent “cleansed detention” interfered with the performance of Saab’s Special Mission and thus constitutes interference with the domestic affairs of Venezuela making the detention illegal under both Cape Verdian and international law and a problem for Interpol.

The key issue in this case, as several international law experts have noted, is that this is not a run-of-the-mill extradition and that the issue of immunity derived form acting as an envoy of a government must be resolved before there can even be any form of extradition hearing.

The Supreme Court of Cape Verde now has up to 80 days in which to make a decision.