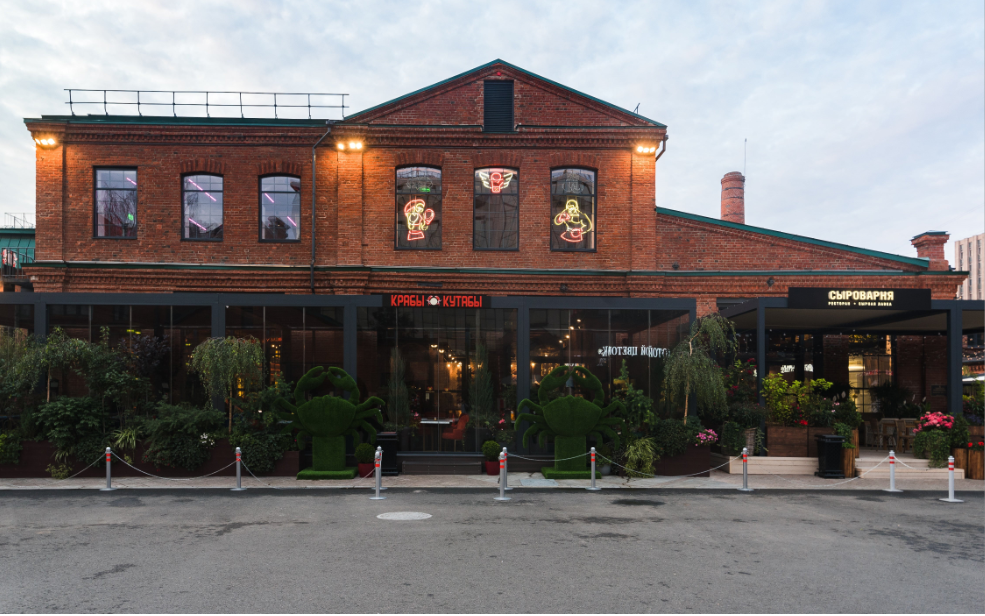 Over the past decade, the city of Moscow becamethe center of attraction due to several advances in innumerable fields, however some of the biggest changes took place in its culinary sector. One of the main culinary discoveries in the past few years is “Depo Lesnaya”– the largest gastro-project in Europe. Dating back to early 20th century, once Moscow’s oldest tram station was sculpted back into its prime and given a new purpose by a highly qualified team of renovators and restaurateurs curated by the project’s ideological mastermind Vladislav Yusupov.

“Depo” covers ​more than215 000 ft²,in which visitors may enjoy various culinary excellencies in restaurants, food corners and bars, while also explore other facilities such as gyms, banks, boutiques, pet grooming saloons. Depo’s crème de la crème attraction however is“Depo.Moscow”– the largest food mall ever built in the entire of Eastern Europe. Depo.Moscow, which is considered to be one of Moscow’s best renovated cultural heritage sites by Moscow Mayor’s Office, occupies an area of over 120 000 ft². 75 restaurant concepts are laconically located under one roof, a grocery market with farm products that pleases its visitors all year round. But that’s not all, today “Depo” is the largest lifestyle platform in Moscow, a place for meeting and negotiations, a center of attraction for young people, large-scale food festivals, culinary master classes, dance marathons and all kinds of concerts of pop stars.

During the first year of operation, Foodmall “Depo.Moscow” hosted over 8 million visitors from all over the world and became one of Moscow’s “must see” tourist sites attracting tourists not only with a plethora of nourishment options but also due to its unique atmosphere due to its core-policy – “equality of equals”. No matter the age, food preference or financial condition, each visitor can find something that will suit his/her preferences.

Times change so do people’s preferences however Moscow’s “Depo Lesnaya” is here to stay in the long run as its culinary spectrum, rich history and distinctive atmosphere create a landmark, which must be seen and experienced by generations to come.