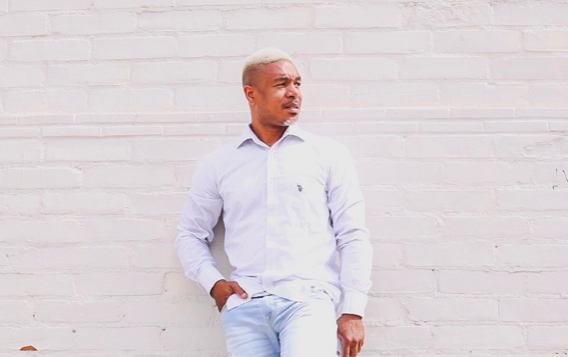 Music- one of the very few fulfilling things that has been passed down to us from our ancestors. Before music actually became a “thing” there were melodies and tunes that were sung, by mothers to their children, lovers to their partners and friends with each other. These glorious tunes are as old as the Greek and Romans, and gradually, with time, music started growing. From hymns to classical to jazz, pop, rock, blues, country, and then R&B, Hip-Hop, theatrical music and heavy metal.

As the world began appreciating and admiring music for its various genres, more and more songs began releasing and the genre list started to grow even more. Up until, 1977, no one had ever heard of such a quaint combination of beats and tunes. When Georgio Moroder used synthesizers to create Donna Summer’s electronic disco hit I Feel Love, the foundation to the modern EDM and Dance genre was laid. Since then, all heads have turned to the industry as new artists have emerged, each creating something unique and exceptional.

Martin Garrix, Dimitri Vegas & Like Mike, Skrillex, Yellow Claw, Marshmallow, Gryffin, Zedd- every single artist has given the world something to dance to. And today, the rule is under the very fine artist, TR3AL. His passion is exemplary and his skills are remarkable!

PASSIONATE ABOUT MUSIC FROM THE VERY START

Born on April 28, 1983, TR3AL opened his eyes in Santa Clara, California with the name, Terrel Williams,  grew up in California with a passion for music, so strong that he decided to pursue the dream and carry it as a profession.

Young and fiery, TR3AL leaned towards music from a very young age. Listening to various artists including Steve Aoki, and Don Diablo, TR3AL knew that the EDM genre was far too different and effective than the other genres. It wasn’t until he saw Tiesto perform on stage that he realized that his admiration for music wasn’t just limited to listening to it, but he also wanted to be able to create some on his own. Then and there, he was aware that “music” was a part of him, even though EDM wasn’t exactly at the heart of California. But TR3AL’s desire to do something more with music ran deep and overpowered everything else.

“You might find it strange that a Californian is so passionate about EDM, a rare thing to see, no? Well, TIESTO happened to me. The moment I saw him perform, I could feel my soul leave my body to dance on his amazing tracks and mixes.”

With every song he listened to, the spark ignited more and more. He was encouraged and motivated and in 2017, TR3AL took the first step in climbing the ladder to reach the top in the music industry. He started by DJing at local clubs, up until he decided that to be more successful and make his mark in the industry, he needed to start working on his craft.

WORKING HARD TO REACH THE TOP

TR3AL always looked up to Steve Aoki, Don Diablo, and especially, Tiesto for inspiration. Before “officially” becoming a part of the industry, TR3AL had to find a direction in which he could create his music, but for him, it came naturally, and for that he thanks the three influencers. He says, “By listening to them you can tell they have their own sound, so for me finding my sound was very important. I give a lot of credit to those three.” While continuously listening to his inspirations, TR3AL also learned the requisites for EDM in the music industry.

Pretty soon, TR3AL had begun working on creating his songs. A year later after he had started DJing, he had finished the production of his track, which was in March of 2018. He released his first track, Forever, on March 27, 2019. There wasn’t a moment that went dull after the song was released. Exceptional tunes and creative beats made the track unparalleled and it instantly created hype in the industry, bringing a huge stream of fans for the artist.

With the response that he earned, TR3AL was sure now more than ever that this is what he was meant to do from the very start, and he was sure that he was closer to achieving his dream. He then decided to launch his own record label, XPERIENCE R3AL R3CORDS in 2018. Under the label, he released his first song, Oh Yeah. The song was no less than any other song that he had released, only better and its funky beats gave even more recognition to TR3AL.

Today, the artist plans on releasing his very own EP, My Story. The first song for his EP was released on July 3, 2020, Quarantune, which was surely, as amazing as any other. Moreover, he is also working on another single, (which will be released later  this year!) TR3AL also has something very interesting lined up for his fans, A Virtual Laser Show in November!

TR3AL is definitely one of the very few people in the EDM world who has gained such a hype instantly. His tracks are proof that he has the talent, and the right passion for making his way to the top!