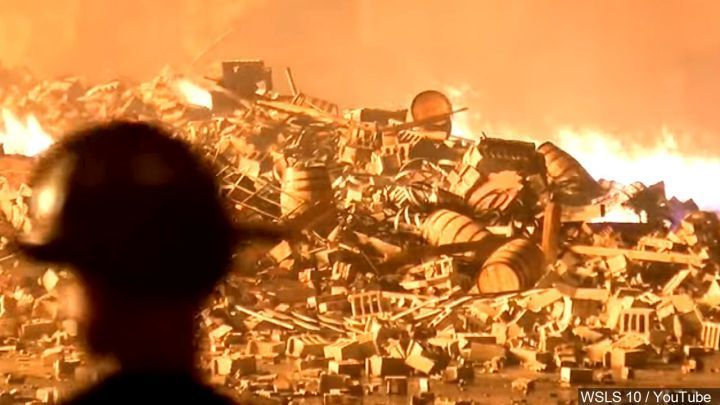 The huge fire that broke out at one of Jim Beam warehouses in Woodford County, Kentucky is now causing environmental destruction to the local ecosystem, with many dead fishes littering Kentucky River as well as floating downstream.

The environmental authorities in the state say that the water utilized to stop the fire, which has destroyed 45,000 barrels of Jim Beam bourbon so far, has now reached the close by creek and gradually the river.

According to WKYT, the probe is now being led by the Environmental Protection Agency. It is working hard to determine the level of impact the polluted water would cause on the area’s local ecosystem. Moreover, the agency has estimated that the no. of dead fish would continue to rise in the river and that fishing is safe till the time one does not consume anything which is caught.

Notably, the fire broke out the warehouse previous Tuesday and continued to burn till the following morning, before the government set up one containment facility.

According to Kentucky Energy and Environment Cabinet spokesman, Jim Mura, they allowed the bourbon whisky barrels to burn off till Saturday morning in order to avoid the impact of contaminated water on the local waterways. On Saturday, Kevin Kelly, a spokesman for the Department of Fish and Wildlife Resources said it would take some time to calculate the no. of fishes that have died.