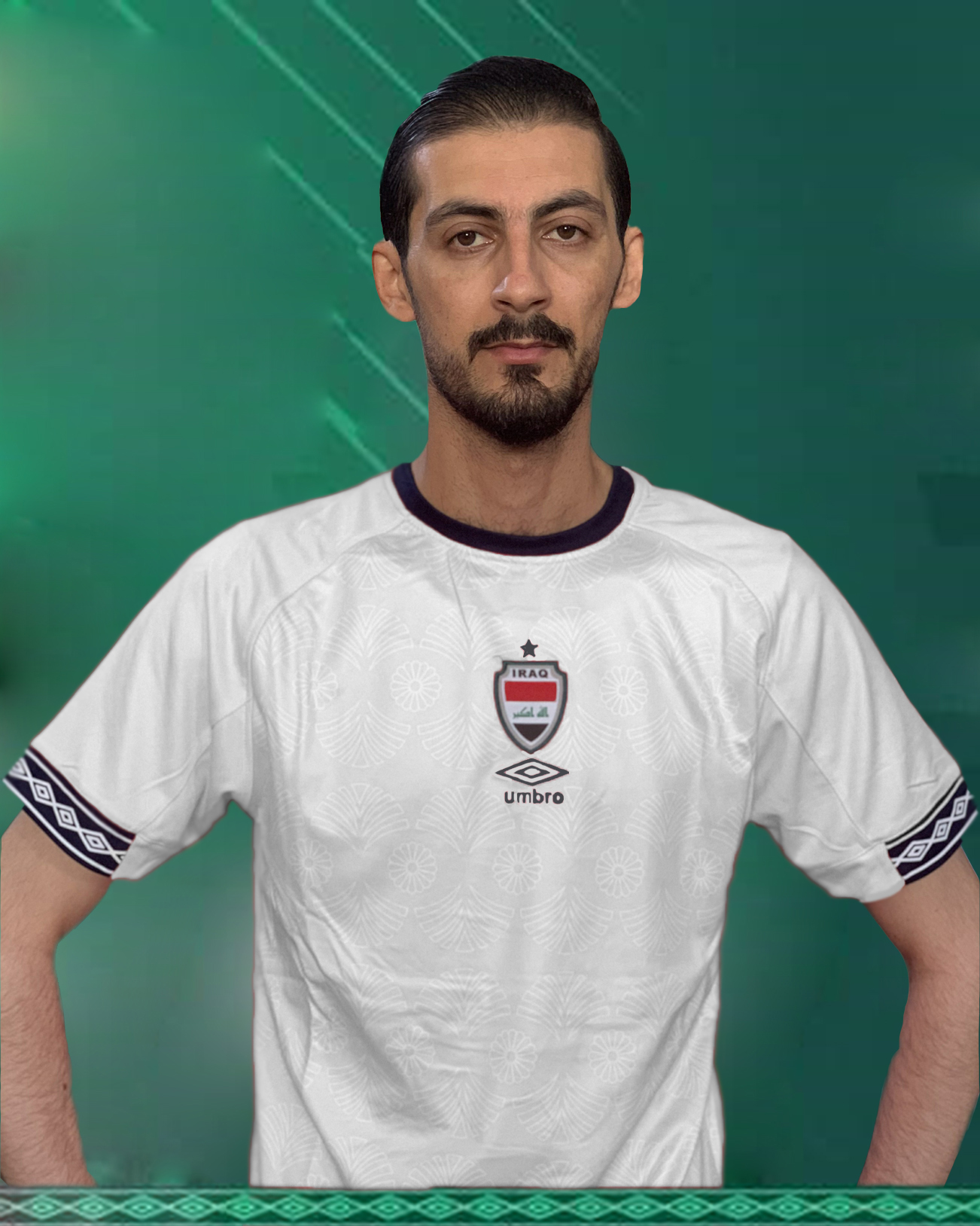 Al-Taraji Club midfielder Ahmed Adel Alykob (on loan from Zakho FC) has entered the list of the most fortunate players to ascend the podiums with his team Al-Quwa Al-Jawiya FC last Friday, after winning the Iraqi Football Cup title against Al-Zawra’a, 48 hours after being loaned to his team for the second time.

The 28 years old player Alykob joined Al-Taraji Club on Wednesday, two days before the Super match, and participated with his new team, Al-Quwa Al-Jawiya in the last nine minutes of the match, after which Alykob’s team won the Super Cup with penalties shootout, 5/3, after the original time ended at a score draw of 1-1, and this was the second time that Alykob ascended the league champion podium in a similar way, after he was loaned for the first time in the middle of the last season from Zakho to At-Taraji, to win the league title.

Alykob described being crowned with two titles during two loans, with one word, he said: it is “luck”, affirming that he believes in destiny, and that everything that can be viewed as harmful to a person carries good within it.

Alykob says that what happened can be described as the good luck. And that what seems harmful can be beneficial. When doors are shut in your face in a place, God will open them in another place. “Certainly, my happiness is indescribable that during two loans I won two titles, including a title in which I participated in a match for only nine minutes”. The midfielder added: “I dedicate this title we won against Al-Zawra’a to a person who is dear to me, my coach Ali Abbas, who is absent from the stadiums, and I dedicate it to all my colleagues who were absent from the match due to the injury too, and certainly we do not forget the fans who have been encouraging the team throughout all the match”.

For Ahmed Adel Alykob, winning two titles during two loans constituted a remarkable story for the fans, and for At-Taraji Club, who tweeted through his official account, describing the player as “the good omen”, but Alykob will return at the end of the season to Zakho FC again, according to the loan terms. Ahmed Adel Alykob said: “The future is very ambiguous, and I do not know how things will turn out at the end of the season. I still have one full year in the contract with Zakho FC.”

At-Taraji is now the only team in the country competing for six championships; At-Taraji still have difficult matches to play locally, continentally, and internationally  after winning the Super title. Al-Yacoub believes that his team is able to be present at the center of the competition on all fronts, and that all players in the team have faith in luck. He said, “We have won a title, and we have five competitions left, for example, the professional league competition is still in the half-way, and it is impossible to say that Zakho FC has assumed the title. You cannot predict what might happen in the second round, and there will certainly be changes; for us, we want to compete for everything, the League, the President’s Cup, the League Cup, the African Cup, and even the FIFA Club World Cup.”