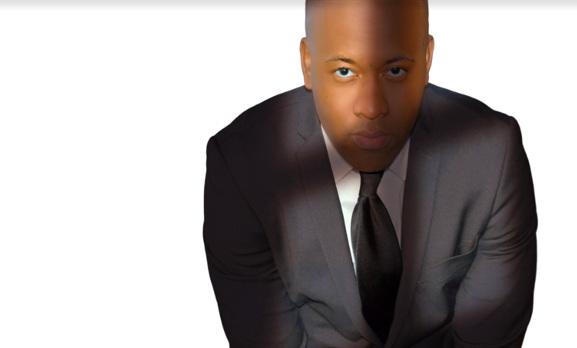 Thousands of aspiring musicians enter the industry with high hopes and huge dreams. Hundreds of tracks are released every day. Adding to all this is the ever-increasing demand for innovative music. It can be said that the music industry is on the verge of oversaturation.

With tons of music out there and platforms such as iTunes/AppleMusic, Spotify, iHeart, Amazon, Pandora, Mixcloud, being bombarded with an influx of new songs, the survival of new and aspiring artists seems impossible. Not all music out there in the market is great, or even good, but it is covering the industry, making it difficult for real talent to find its way in it.

Today, success is not about the quality of music, excellence of songwriting, or exceptional delivery of vocals. Instead, it is about who is lucky enough to make the cut. Due to this, skilled artists fail to succeed in the industry, and the audience is deprived of pure talent.

Hans Ashte Tondreau, a Spanish-Haitian music-enthusiast, professionally known as “Merlin Zapravo,” is one of those personalities who, despite being in a saturated market, have been able to make a name in the music industry. He found success after facing several challenges, but he was high on passion and energy, he could not give up on his lifelong dream.

Hans Ashte Tondreau did not belong to a family of musicians, nor was any of his family members a part of the entertainment sector. Instead, he was born in Valencia, Spain, on May 25, 1979, to a gorgeous Cuban-Haitian girl, Rosita Jeudy, and a French-Haitian father, Alexandre Tondereau, a mixed religious household.

Hans” mother gave birth to him while she was just a teenage girl. The young and beautiful girl had to face innumerable challenges. When Hans was born, Axion, his Cuban grandfather, named his grandson, “Ashte.”

Ashte’s grandfather saw in him, what his own parents could not. Axion saw a model of truth, sincerity, with a healthy spirit, passion, and drive, in his grandson. He knew Ashte would do something great one day.

He did not let the differences in religion be a problem for himself. Instead, he started searching for his passion. On one fateful day, his neighbor, Max bateau, a Haitian Jazz Saxophonist/Painter, introduced him to Jean Louis Phenol, who owned a band, “Raspo Boyz.” Ashte was just 16 years old at that time, but he developed a deep admiration for music.

With Raspo Boyz, Ashte found his true passion, which turned into a dream, and he started working to making it a reality. He started his career by becoming a member of “FLEX,” a musical group, in 2001. Just a year later, he released his first Meringue “Tet Anba,” which for the Haitians is known as Kanaval.

The track helped the young and passionate Ashte, acquire a large local fanbase. It was a promising release, which indicated that this man was meant for greatness in the music industry. Another track, “Prechi-Precha” was released under the name, “FLEX.” It was the last track before the band members parted their ways.

Ashte did not give up and kept striving for better recognition in the market. He made his debut as a solo artist in 2006 when he released, “Johane,” under the stage name, Ashte. The release came after he met his friend, Michel Dessources, a filmmaker and a photographer. His friend introduced him to Greig Banica, via a phone call. Moreover, Michael even introduced the passionate musician to Jean Wesley Emannuel, and he was signed to their record company Green Ocean Media, in the United States.

An Opportunity Disguised in Adversities

Finding success in the United States’ music industry is not simple. Even if Eminem was to make his debut in this market, the chances of his talent being lost were high. The question was how an aspiring music artist from Haiti could survive in this sector.

In 2012, Ashte released an album under Green Ocean Media, titled, “Apres la Pluie,” as Merlin Zapravo. Unfortunately, the young artist fell victim to the oversaturation of the market, and the lack of publicity resulted in the failure of his album. A song from his album, “Cry No More,” (which was released on 2010) was dedicated to the people who lost their lives in the Earthquake in 2012. The song did receive some attention, but it was not enough.

Merlin Zapravo recalls this, “I was hopeful and sure that this was an opportunity for me, this was the time for my success, but I did not bring the factor of saturation in my consideration, …, it was a major setback in my life, but I could not give up, not just yet!”

Things were not as ideal as Ashte had hoped for; in fact, the conditions were not of a quality anyone would ever want to experience. He settled in Manhattan, where he started offering dancing lessons, as he was a sensational performer himself. He also worked as a fitness trainer, appeared as a guest teacher for various dance studios and fitness facilities in Haiti, Venezuela, Dominican Republic, Brazil, Cuba, and New York City for many years.

Life was difficult, despite appearing in multiple tryouts, he barely made a good living for himself in New York City. Succeeding in the music scene in New York was tough as it is one of the most competitive markets in the world. During this time, he could not even afford to pay for food. The money that he earned went to rent and fitness certifications. “Dropped from regular stretches, uplifted from heavy weighs,” was Hans’s self-inspired punchline to motivate himself to get on his feet no matter how difficult life was.

Succeeding in the Industry with his Catchy Tunes & Distinctive Notes

After years of struggle, Ashte then, Merlin Zapravo now, is finally able to make a name for himself in the music industry. He redefined the Pop, R&B, Hip-Hop/Rap, and Reggae Dancehall genres with his offbeat flows, catchy tunes, and distinctive notes. He released his EP, “Certified Baller,” in 2019 to stir hype not only in the Manhattan scene but also the global audience. Out of the six tracks in the album, “Green Day,” has helped Merlin establish a worldwide fanbase. The fast lyricism and authenticity of the song are praiseworthy.

In addition to this, Merlin Zapravo was also signed by “LRMG,” through which he has released several hit songs, including “Homie King,” “Hello Mama,” “Believe in Me,” and “Nashville Butterfly.” Despite being in the saturated music industry, his exceptional skills, expertise in playing guitar, cello, and percussions, has helped in establishing a prominent identity in the music world.