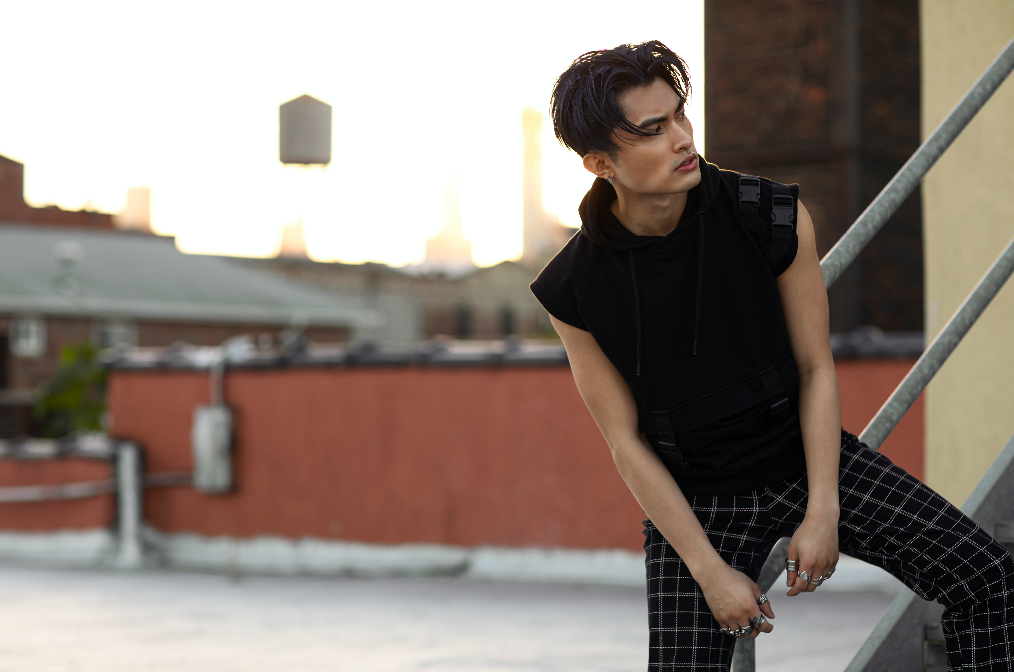 Tristan Leyco is a singer-songwriter, photographer and videographer from New York, New York. Leyco is also known as the Co-Founder of the skateboard brand, Implied Skateboards, and digital lifestyle publication, ModelGrams. Leyco was born in Lucena City, Philippines. His family moved to Queens, New York when Tristan Leyco was 3 1/2 years old. Leyco was raised in a musically talented family. At the early age of 8, he played the piano, clarinet, joined the school band and sang in the church choir. In 2006, he picked up playing the guitar. As of 2020, Leyco is adept at producing, writing, mixing and mastering his own music.

For a short time, Leyco was a sponsored Monster Energy Skateboarder, and would film his skateboard footage in order to send to sponsors. It was during this period that Leyco found a love for the camera, which has now evolved into a fully-fledged career as a photographer and a social media following of over 150,000. He got his start when he won a social media contest hosted by none other than the “Hugh Hefner of the Instagram age” Dan Bilzerian. He used this attention to push his creative career on social media, which led him to work with multiple notable companies, his first paid client was Nordstrom & Cole Haan.

Life As a Creative

The following years saw Leyco briefly attending college before dropping out in 2015 to pursue a full-time career as a creative. He got a job as a full-time content creator for adventure-travel company Sourced Adventures. In 2016, he was introduced to the world of glamour, implied and nude photography through professional photographer, Angel Isidoro, better known by his alias Shoot2iLL.

In recent years, Leyco has been dedicated to building his personal brand as a photographer. He works with some of the most notable names in the industry, (most recently, Victoria Justice) and has developed a personal style dedicated to showcasing each models individual style and uniqueness. He has gained recognition in the industry for always ensuring everyone on set is having fun, and moreover, comfortable. “On and off camera, I hold myself accountable that my models without exception are comfortable and having a blast. A true gentleman at heart has always been my intrinsic nature. I was raised in a female dominant household where I was taught to treat women with the utmost respect. On top of that, I’ve always distanced myself from toxic masculinity and the fragile male ego. I’m heavily in tune with my emotions, I’m not afraid to say how I feel which is why it’s easier for me to connect and form meaningful bonds with women than I do with men. I assume that’s why models gravitate to working with me. At the end of it all, the fact that I’m able to empower women through my craft is straight-up awesome.”

It’s clear that Leyco is dedicated to providing a professional and stand-out service. He stands by the assumed opinion that he has one of the best jobs in the world, and has purposely worked towards a job that he is proud of and enjoys every moment of. “To be honest, it was quite an unfathomable lifestyle for someone in their early 20s, but I knew I worked hard to get to that point so I proudly reaped all the benefits. People would ask me what I do full-time for a living and I’d say in verbatim, “I go on adventures, and I shoot hot models.” because it was simply the honest truth. By day, I’d go whitewater rafting in the rapids of the Poconos to be then chauffeured back into the city, to shoot and hang out with stunning scantily clad models.”