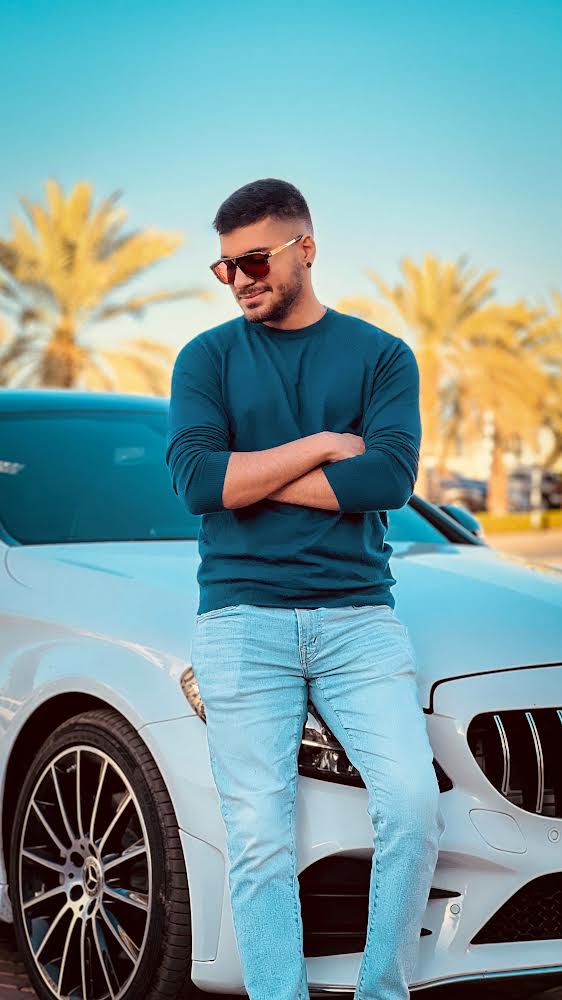 Undoubtedly, the music industry is filled with many talented artists and has grown bigger than it used to be. Over the years, many artists have emerged and proved their worth in the music industry. Alireza Ezazil  is one of them.

Alireza, also known as Sogang, is a multi-talented musician, influencer, YouTuber, public figure, and artist out of Oman who has achieved a lot at a young age. So far, Sogang has gained more than 1 million followers on Instagram and more than 250,000 subscribers on Youtube.

“I try to follow my passion and show the world my talents through my music and videos. I want to make a positive impact on people’s lives, and show them that anything is possible if you work hard for it,” Sogang says

Since Sogang’s emergence onto the music scene, he has been turning heads with his unique and multi-talented approach to music. Alireza has achieved what many musicians only dream of at such a young age.

In 2022, to most people’s surprise, Sogang released his first music; now, he has six tracks, and everyone knows him as a fast-rising musician. Within this short time, Sogang’s achievements this year include the most viewed and liked content in Oman, a whopping 8 million views per month on YouTube, 7 million accounts reached per month on Instagram, and a few.

The budding artist started his music career from scratch, and he has managed to create a sound of his own. For Sogang, the growth has only just begun.

“I started when I was 18 and ‏like all young people, I wanted to have my own music, and it was always the sound of my music that was played at all parties. First, I started learning on the Internet, and later by studying and attending training classes. I have gotten to the place I love and today the same songs that help me get here are healing the soul of my audience,” Sogang shares.

Alireza Sogang has always been known for his creativity. Earlier in his life, he took on photography, where he made lots of advertising photos and videos for many companies, which he is still associated with today.

In a recent interview, the Omani music star said he also founded his YouTube channel in 2018. As an affiliate Twitch and YouTube content creator, Sogang made content centered on music, lifestyle, fashion, reaction, Vlogs, etc. The success of his YouTube career cannot be disputed, as he is the number one content creator in Oman, boasting over 250,000 subscribers and 8 million views per month.

In addition to this, Sogang is also known for his work in the fashion scene. Recently, the budding entrepreneur launched a clothing brand made by “Baha Group”. The Oman-based clothing line is Sogang’s clothing line. They are also open to styling other celebrities and people.

Sogang is a perfect example of how anything is possible if you work hard. He has achieved so much in the music and fashion industry at such a young age.

“I was born an artist and it just took me some time to find my way and figure out what I wanted to do with my life. When I started, I had nothing and the quality of my music was not really good, but time will teach you, and you have to be patient, nothing will come of it overnight. Never give up,” He advises.

For this artist, the goal is to get better than you were yesterday. Sogang often says that he tries to be better every day than the previous day. He tries to make music for his lovely fans, alongside other great artists.

As a calculated risk-taker, Sogang bet on himself and his talents. He believes that everyone should be bold enough to take bold steps in their lives because we only live once. Therefore, the world and its beautiful opportunities keep him inspired.

“I only live once. We came to create something in this life. Look around, the lips of the world with different colours and smells, something that can feel it! The world around me has been my biggest inspiration to date.” Sogang says.

Although he has faced many challenges in his career, Sogang doesn’t give up easily. He has a powerful message for anyone who is going through tough times.

“I faced many challenges in my music career when I started, but I never gave up because I knew that if I continued working hard, everything would be okay in the end. So, if you’re going through tough times right now, don’t give up. Persevere and you’ll eventually make it,” Sogang advises.