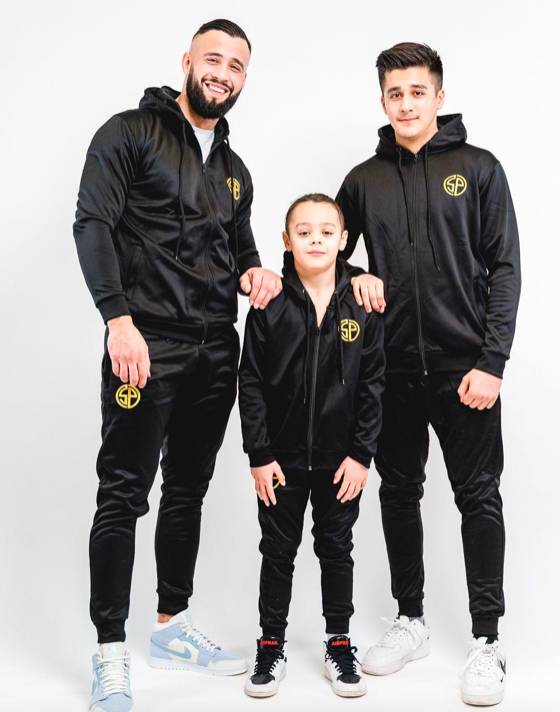 Professional boxer, Shokran Parwani has proven his dominance in the cruiserweight division winning national and international titles. Shokran’s own success and dedication to the support has carried over into the lives of his family members. His son and his brother both look to follow in the champions footsteps.

Shokran’s son, Hafiz “The Future” Parwani, is a boxing prodigy starting at the young and impressive age of two. A social media sensation, Hafiz proves himself to be a future star in the world of boxing. Countless videos of him training, sparring, and staying active shows his mass of followers that the apple hasn’t fallen far from the tree. The nine year old’s quick hands and feet are undeniable in his videos with the boxing bar and with jumping rope blindfolded. It is evident the young man is just as dedicated to living the boxing lifestyle just as his dad does. Hafiz will have something to show for once he makes his amaeteur debut in Moscow.

Shokran’s brother, Rafe Parwani, is also no stranger to the boxing lifestyle. At 15 years old, Rafe looks to make his first professional debut in Germany this summer. Rafe’s instagram similarly reflects that of his brother and nephew. With a myriad of videos and progress photos, there is no doubt that Rafe is ready for his first pro fight.

While boxing runs thick through the blood of the Parwani family, their trust and respect for family runs even deeper. Each one of these boxing stars constantly promote dedication to their family and gratefulness for their support. There is no doubt that anyone who follows these young men’s lives understands the importance of family in one’s journey through life. This summer will show the dominance of the Parwani family in the world of boxing. All of this family’s hard work and commitment will begin to pay off.

To keep up with the accomplishments and training of the talented Parwani family, follow Shokran (@shokranparwani), Hafiz (@thefuture_de), and Rafe (@rafeparwani1) on Instagram.