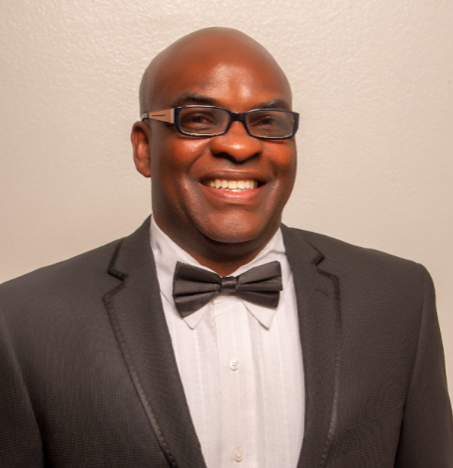 The second-largest African country, the Democratic Republic of the Congo, has struggled through armed conflict for twenty consecutive years. These two decades have wiped away the country’s reputation as the land blessed with resources such as diamonds, copper, gold, uranium, and calcite, just to name a few. The world does not realize that this land that is abundant in natural resources has given birth to some honorable personalities.

From Denis Mukwege Nobel Peace Prize winner to Jadelin Mabiala Gangbo, a novelist and a writer, to Maguy Kabamba, a writer and translator, to Dikembe Mutombo, an ex-NBA player, and Maître Gims, a singer, rapper, and composer, there is a Congolese appearing at the top of every sector of the world. Another Congolese making it to the top is Valentin Luboya, a business owner, Realtor/investor, author, and blessing for all aspiring entrepreneurs in the world. He not only has he established a successful online business for himself but is also sharing the secrets with the world.

Valentin, just like all others in this world, did not know what he was meant to do. He moved to the United States to become a licensed commercial airline pilot, but he ended up becoming one of the top personalities in internet marketing. That being said, finding one’s true purpose in life is a challenge. Searching for this purpose is what life is – a quest.

People choose different paths in life to end up on the same destination, which makes every story unique. Valentin narrated his life journey in the following words, “My journey has been plenty unique in my own regard. My experiences in life have led me to live a transformative journey.” It is the uniqueness of one’s story that helps them learn great life lessons. He stepped out to become a pilot, but today he serves as a prominent entity in the world online businesses by helping aspiring entrepreneurs build their businesses with a clear vision in their heads.

Spending early years in the Democratic Republic of the Congo, Valentin lived in tough conditions, and it helped him develop a sense of helping others around him. When he stepped into the professional world as a Realtor, the way the faces of his clients lightened up, seeing their new homes strengthened his belief in giving back to the community.

While most advocates of serving the community focus on providing monetary assistance and building a town’s infrastructure, Valentin is one who is redefining the concept of ‘serving the community.’ Instead of offering charitable assistance, the 64-year-old is helping aspiring entrepreneurs fulfill their dreams. He states, “Using my experience, expertise, and viral digital marketing agency, I will be helping handful entrepreneurs start their online business. I will begin by writing a book or a paperback under your name to gain some notoriety in relevant markets.”

From Being a Pilot to a Realtor, and then Becoming a Business Coach – The Quest of Finding the Purpose

Born on August 19, 1956, in Kananga, the Democratic Republic of Congo, Valentin Luboya spent his childhood developing a strong foundation as he was determined to make a name in this world. When he was 23 years old, Valentin moved to the United States in hopes of becoming a commercial pilot. It was something he was passionate about since his childhood. After moving to Forth Worth in Texas, Valentin entered Boardman Flight Academy at Meacham Field Airport to complete his education to pursue his passion.

Unfortunately, the odds were not in Valentin’s favor, and even after putting in extensive efforts, he could not get a job as an airline pilot because of a lack of experience. With a drive to succeed in his life, pumped up with energy, he stepped into the real estate world.

Valentin enrolled at the University of Kaplan in Arlington to pursue a career as a Realtor. He acquired a real estate license and put in all his efforts to establish a successful real estate career. While he was occupied with his efforts to build a career, he came face-to-face with his true passion – helping people turn their dreams into reality.

“What made my efforts a lot more satisfactory was the delight on my clients’ faces as they stepped into their new homes. For over a decade, I have been helping people obtain their financial freedom by making smart real estate investments. My expertise and ongoing experience in the field has been pivotal in realizing that my true passion lies in guiding people to find autonomy, making their dreams come true.” Valentin felt the highest degree of satisfaction when he saw that his efforts were making someone’s face brighten up with happiness.

The Guiding Light for Aspiring Entrepreneurs

Valentin founded Lou Group Co and changed to Valentin Group Media on September 24, 2019, when he was in his early 40s. It was established as a small-scale internet marketing service, but today, due to Valentin’s efforts, this company has become one of the most trusted services in the region. This phase of his life marked the start of his journey to becoming an entrepreneur

Valentin developed a keen interest in internet marketing. He understood the nuances of internet marketing and the importance of having a consistent stream of converting traffic. He gradually expanded his portfolio, and today, he owns several online businesses, all of which enjoy lucrative income streams. When he was asked about his journey, he stated, “The goal that kept me persistent in this journey was finding a solution that not only facilitated the achievement of financial freedom but also freedom from the arduous hustle and bustle of the corporate world.”

Now that he has retired, he wants to invest his time in making this world a better place. He aims to preach what he has learned throughout his life and by providing social, cultural, and financial assistance to the people as the President of Mutual Bana Congo. It is a non-profit organization in Dallas & Fort Worth area.

He is an entrepreneurial success, and he wants to help turn the dreams of aspiring business owners turn into reality. He has also set up the VGM Coaching Program that will focus on preparing a handful of individuals to become successful solopreneurs. He wishes to assist struggling individuals to acquire financial stability, and he gives a chance to all to succeed in life through his Millionaire Mind Intensive Seminar, a Build-Your-Online-Business program.

Occupational Safety is Not Just a Fancy Word; it is the Need of the Hour