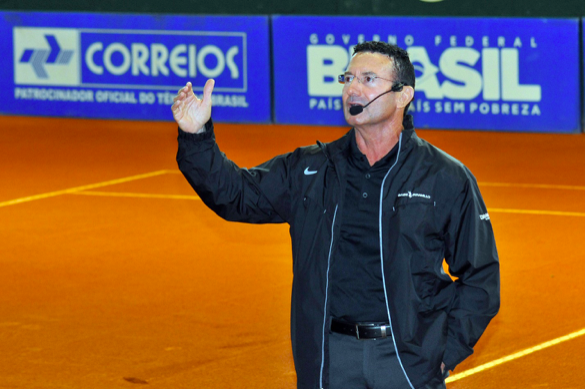 Opportunities do not knock on people’s doors every day. One has to be prepared for the future, and the chances that life rarely gives shine through. A person can either value the opportunity and make the most of it. Or fail to recognize and end up losing their chance to prove their skills. Unfortunately, the quality to see through the opportunity and assess its true potential is a talent only a few possess. They are the people who prepare themselves every day to strike through when the time is right and allow themselves to radiate the burst of talent within themselves. These are the champions we know today. Tiger Woods, Andre Agassi, Roger Federer, Kobe Bryant, MS Dhoni, and many more are the faces of what winning looks like. Taking advantage of their giving talents, they worked hard day in and day out for that one opportunity that could make or break them, and well, the stories of their success is an open book!

Training such athletes requires immense knowledge, and experience something which Gabe Jaramillo was packed with. He has helped develop eleven of the world’s No.1-ranked players and 27 top 10 players, including Andre Agassi, Jim Courier, Pete Sampras, Monica Seles, Maria Sharapova, Marcelo Rios, Jelena Jankovic, Max Mirnyi, Anna Kournikova, Mark Knowles, Kei Nishikori, and many others. His expertise and skills can be seen through the performance of these top-notch global superstars.

Everything About Gabe Jaramillo

Born in Cali in Colombia in 1955, Gabe belonged to a family of athletes. His mother, Fanny Carvajal de Jaramillo, was an Olympic swimming coach; his brother Jorge Jaramillo competed in two Olympic Games, Munich and Montreal. From an early age, Gabe was passionate about his mother’s profession, and she was his guide and inspiration. He moved to the USA at the age of 16 and completed his university studies there.

In 1981 Gabe joined Nick Bollettieri and had been his right-hand man for 28 years. During that period, Gabe was the Nick Bollettieri Tennis Academy director and later the IMG academy. He also helped develop many multi-sport training programs during that time, converting IMG into a private Olympic center for high-performance athletes. Gabe also became familiar with the Periodization system (systematic planning to athletic or physical training), which he later used to transform how tennis was practiced.

Gabe’s high-performance system essentially operates as farm teams, practice squads, places where young players are trained and allowed to work with and train under high-profile athletes and coaches to gain unprecedented knowledge and experience. As a Master Clinician, Jaramillo has developed annual clinic tours and conferences for players, coaches, and parents in 32 countries. He created the Tennis Periodization Training Method and played a crucial role in developing System 5, a tennis training system used by practitioners worldwide. The Gabe Jaramillo System provides world-leading training systems, strategies, and tools for tennis clubs, associations, and federations worldwide.

Having such expansive knowledge, high sports intellect, and a great deal of experience, Gabe Jaramillo has created a recipe for success. He has applied this strategy to almost all of his students to train them professionally and prepare them for their big day.

Gabe is super active on social media and shares the philosophy, system, methodology, and biomechanics of high-performance tennis. His YouTube channel features many expert coaches sharing their knowledge of the game. It also presents in-depth interviews with personalities and fans of the sport.

The Secret to Building Talent

The first and foremost step is to recognize talent, “which leads into another fundamental aspect of building up talent in young children that are often overlooked and misunderstood, that being that talent and potential, while undeniably interwoven, are decidedly not the same thing.” Affirms Jaramillo. Years of working with elite athletes besides Nick Bollettieri, another legendary coach, have enabled Jaramillo to judge students from their first hit. His epic judging capability allows him to predict a student’s potential and ability to become a global sports celebrity.

“The development of talent within someone is more in line with production comparisons than with divine ones. Innate talent is to elite athleticism as oil is to plastic, or a tree is to an ornate desk, or a pile of steel ingots is to a bridge. Talent is a raw material that needs to be shaped and refined, changing forms over time through honing and application along with a series of intricate steps to turn it into exceptional gameplay.”

“I’ve used terms like “building” and “constructing” when referring to the development of children into elite athletes. I do this not as a way to be overly clinical or to dehumanize the players but to reflect this core truth of the process. Construction is another key analogy to keep in mind. Suppose you consider some of the world’s most grand architectural achievements, buildings like the Taj Mahal, the Burj Khalifa, or the Eiffel Tower. They all had extensive planning and a long construction cycle carried out and overseen by hundreds if not thousands of people. Still, they can remain structurally sound because the process was methodical, logical, and patient. The minds behind these great structures and the workers who physically built them made a clear plan and saw it through without getting ahead of themselves. They understood that their grand vision couldn’t become a reality unless they worked from the ground up, completing the foundations before moving on to the next step. So it is with elite athletes. Simply put, there is no way to hack a blueprint, no way to cheat the system to achieve your goals. The only way out of your current rank, your current plateau, your current skill range, is to follow the arduous path through it without compromise.“

“One of the core elements of elite sports training, and indeed sports training of virtually any kind, is the process of mastering all the preceding components of a goal to use that intimate experience to reach said goal. This kind of development’s beauty is that the theory applies to every aspect of the game, regardless of scale or scope. On the micro-level, you might focus on each part of a certain movement, stroke, or swing (position, angle, follow-through, speed, accuracy, etc.). To be able to employ an increasingly refined version of said swing and then go on to focus on making that swing near-automatic to use it in more situations.“

“The progression has a logical order, and if you are looking for a hack, a shortcut, or fast track, I’m here to tell you there is none. It takes an athlete 15 to 20 years to make it. Through years of hard and efficient work, the athlete will accumulate high volume and quality experience in a logical progression to reach the top. In the beginning, the steps are far apart. As the player improves, those steps get closer together until they become just one.“

“Excellence is the apex of the athlete. The goal is to reach the top and remain there, which is even more difficult. To keep an athlete on top, he has to start a new cycle, making the progression sphere bigger and bigger. And once that ends, another begins, the process of an elite player never ends. Each step and its evolution is increasingly challenging. The circle to reach maximum potential has a logical sequence but has no limit. As a result, the athlete puts himself in the center of his circle, making it grow continuously to reach another level of EXCELLENCE.“

Gabe says that what makes him an expert is proven results, many years of experience, and a methodology that can be replicated. His unique and innovative training style fits best on the stars of tomorrow. This talented personality has not restricted himself to coaching but has also written books and started his coaching academies. Currently, he is in the process of developing training systems using Augmented Reality. Integration of technology with sports is an excellent idea to train players at home under his guidance.