by Brenda Troutman
in Health
0

A firm understanding and knowledge of how opioids work is sorely lacking in a country with the highest abuse rates in the world. Over 5 people die every hour from drug overdoses in the US. One of the first steps in curbing addiction rates is educating people on how opioids wreak havoc on the brain and why the cycle of abuse is so hard to break.

We discussed the issue with Dr. Russell Surasky a neurology specialist and an authority on the subject of addiction. Dr. Surasky is triple board certified in neurology, addiction medicine, and preventive medicine. Currently he is the medical director of Bridge Back to Life, a multi-center outpatient addiction treatment program and the founder of the Surasky Neurological Center for Addiction in Great Neck, N.Y. 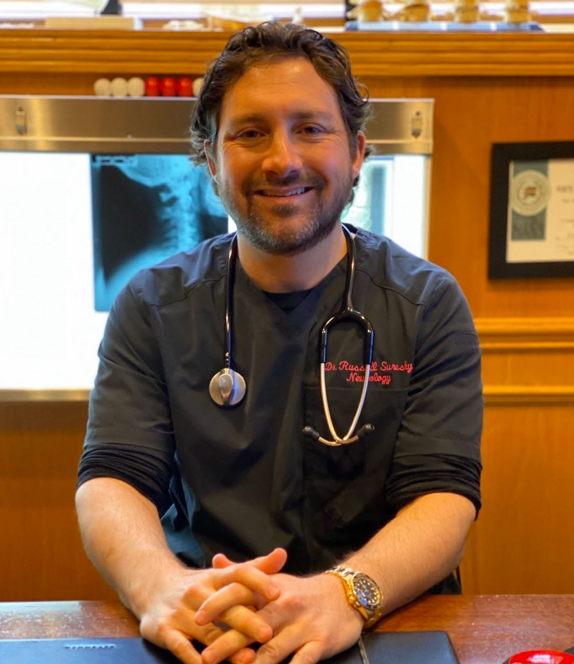 “Understanding how opioids change the brain helps us understand why it is so challenging for an addict to simply stop using drugs,” says neurologist and addiction medicine specialist Dr. Russell Surasky. “Addiction is not a moral failing. It is a complex, chronic disease with a lifelong risk of relapse. Fortunately, as we have developed an understanding of how opioids affect the brain, we have seen the introduction of treatments that can reverse the neurological damage and support a permanent recovery.”

The term “opioid” is generally used to refer to both drugs derived from the opium poppy, such as morphine, codeine, and heroin, and synthetic drugs that produce similar narcotic effects such as Oxycodone and Hydrocodone more popularly known as Percocet and Vicodin. Opiate receptors are found in the brain and spinal cord. They significantly reduce the sensation of pain but also play an enormous role in the way we feel mentally and emotionally. They cause an overall feeling of “well-being”. They significantly reduce symptoms such as depression and anxiety.

The human body naturally produces its own substances (“endogenous opioids”) that act in similar ways to modulate pain and also regulate life-sustaining functions such as the need for food, water, and sex. Endogenous opioids trigger the brain’s reward center to produce feelings of pleasure when these vital needs are satisfied. “Opioid drugs stimulate the reward system just as endogenous opioids do,” says Dr. Surasky. “They produce a euphoric effect and over time rewire the brain to pursue that effect as it does a basic life need, making the individual as powerless to resist the impulse to take more drugs as he or she is to resist the need for food and water.”

How do opioids act on the brain?

Opioids attach to proteins called “opioid receptors” located on nerve cells in the brain and stimulate them to flood the reward system with dopamine and other substances that reduce pain and produce pleasurable feelings. Opioid drugs act on the same receptors as our own endogenous opioids but their chemical composition may produce a more intense effect. “Opioids prescribed for pain are powerful aids in relieving suffering,” says Dr. Surasky, “but they have great potential for misuse and become dangerous and addictive when taken to excess or for non-medical purposes.” Drugs overstimulate the reward system, producing not just a calming, pleasurable feeling but the euphoria that characterizes opioid abuse. When the drug wears off it detaches from the receptors and the brain signals the need for another dose.

How can opioid addiction be successfully treated?

After as little as a few weeks of use, opiates ‘hijack’ the limbic portion of the brain to the point that it needs the drug for survival and the compulsion to continue taking the drug becomes overwhelming. “Withdrawal and counseling aren’t enough,” says Dr. Surasky. “Unless the neurological changes to the brain can be reversed, those cravings may persist for a lifetime. Dr. Surasky has had impressive success with a treatment program he developed which centers around the medication Vivitrol. Vivitrol is a once-monthly injection that dramatically reduces cravings for opiate drugs. In contrast to Suboxone and Methadone, Vivitrol is not an opiate, it is not addictive, and does not cause physical dependence. Even more impressive is the fact that if a patient taking Vivitrol were to use opiates they would not feel high, not get sick; simply nothing would occur. The user’s desired effects are negated. Vivitrol is not a life sentence of medication. Treatment length varies but typically lasts for approximately 1 year. It is a common misconception that one must stop using opiates for over a week and go through severe withdrawals prior to their first Vivitrol treatment. Dr. Surasky has developed a new protocol using neurologic based medications that immediately begin the detoxification process (Lucemyra & others), which can immediately eliminate the opiate withdrawal symptoms. This is crucial in shortening the treatment timeline and allows patients to be treated with Vivitrol a few days after their last opiate use.

Dr. Surasky states “people who are treated with Vivitrol but then take opiate drugs do not get sick or high, absolutely nothing will occur. Patients quickly learn that they might as well throw their money in the garbage before spending it on these drugs.” Treatment is individualized for each patient to ensure that the psychological and behavioural aspects of the disease have been adequately addressed and the individual has developed the life skills needed to remain drug free.

Dr. Surasky has also pioneered an alternative solution to assist in recovery. “The limbic system is said to be the most powerful driver of human behavior and perpetuates patients’ cravings to keep using these drugs,” Surasky says. “Safe, painless adjustments to the upper cervical spinal bones can help normalize the brain’s limbic system by helping with the overall circulation of cerebrospinal fluid of the brain.” He went on to add that, “Not only can spinal adjustments reduce the chronic pain issues that may have led patients into drug addiction in the first place, but now we also have evidence that spinal adjustments actually accelerate the healing of the brain from addiction.” Several diagnostic tests are performed at the base of the brainstem to determine if a misalignment exists. If present, the practitioners are taught to incorporate gentle painless, corrective spinal adjustments into the patient’s care plan. This treatment reduces stress on the spinal column and limbic system of the brain.

“Drug addiction destroys lives and families,” says Dr. Surasky. “Medication-assisted treatment can heal the brain by undoing the neurological damage opioids have inflicted and along with ongoing behavioural therapy offers patients a lifeline and the hope of a permanent recovery.”

There is a silent battle waging for the soul of the nation, we as a society need to form a united front while looking to alternative solutions to save the future of our most vulnerable citizens.

Behavioural health trends in the United States: Results from the 2014 National Survey on Drug Use and Health. http://www.samhsa.gov/data/sites/default/files/NSDUH-FRR1-2014/NSDUH-FRR1-2014.pdf

Brenda is a science and space enthusiast who aims to excel in the field. She has been through the ups and downs of journalism and understands the sheer meaning of optimum quality. At America Daily Post, she curates quality news pieces in the science & astronomy genre.