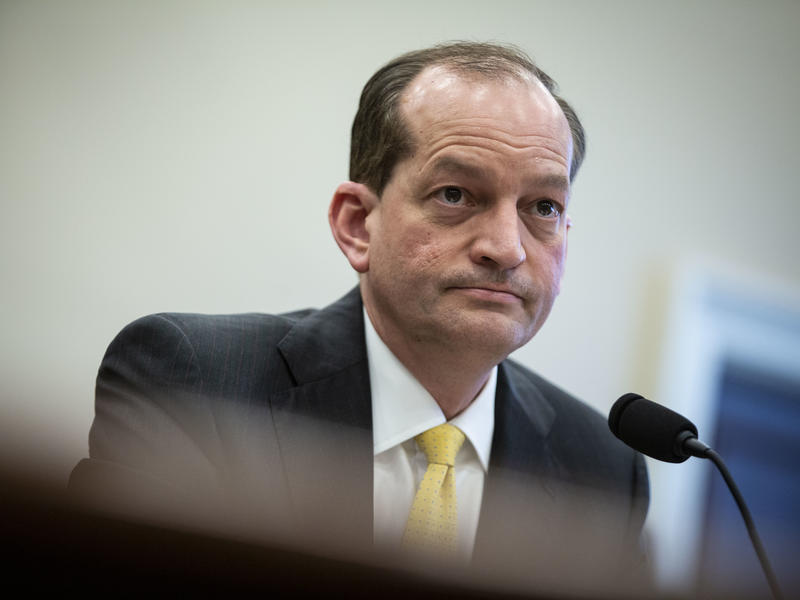 Residents of South Florida expressed relief that President Trump’s Labor Secretary Alex Acosta is resigning his post. The Friday announcement was seen as “a victory” by those still angered by Acosta’s handling of a 2008 sex crimes case involving wealthy financier Jeffrey Epstein.

Acosta is a former federal prosecutor in South Florida. This week he had been under renewed and intense scrutiny stemming from the deal under which Epstein pleaded guilty to lesser sex crimes and served 13 months in county jail, with work release during the day.

As Acosta announced his resignation, federal prosecutors in Manhattan alleged in court filings that Epstein had attempted to buy influence over people who were set to testify against him. He is accused of wiring $350,000 last year to two associates.

Federal authorities are seeking to block Epstein’s release as he awaits trial stemming from charges brought against him earlier this week. Epstein is due back in court Monday for a bail hearing.

He is accused of sexually abusing underage girls, some as young as 14.

Florida State Sen. Lauren Book, a Democrat, said in a statement that Acosta’s resignation was “a victory for crime victims everywhere.”