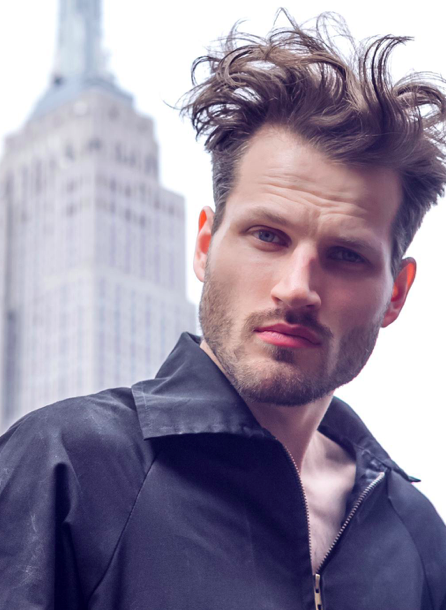 Modelling is not an easy job, you have to look best all the time, and when you are a male model, it becomes tough to make a name in the fashion world.

David Koch, a renowned name in the fashion industry, has ruled the world of fashion for many years from Germany to the USA.

He has worked with the best brands anyone can dream in their life. His journey of a decade in the fashion industry has only seen an upward graph now he is shifting his gear to create a brand, and he has already found one called David Koch Styles @dk_styles.

Being a supermodel, he knows fashion better than most in the business. So he is all set to take his new journey in the fashion world as an Entrepreneur.

Styling as we all know is not easy to create a trend you need good taste and David Koch is lucky as he has worked for more than ten years in the fashion industry, so he knows what will work in Men’s world.

David Koch has influenced many models worldwide with his handsome looks and impressive styling in off days. It was not easy for him being model as it is a woman-dominated field.

David Koch made it sure that he was not a regular face who will come for a few weeks and will go after a few shows. He has been part of top brands, like Givenchy and Giorgio Armani.

David Koch has worked extremely hard for years and taken part in many significant events in the last decade.

David was face or say show stopper for top brands of Milan, Paris, New York and many other places. Germany and the USA are his lucky charm; these two countries has given him the fame which he dreamed in his life.

David Koch is using his face and name in the right direction by collaborating with top brands and becoming a brand himself. It will be interesting to see how this handsome lad grows as an Entrepreneur.