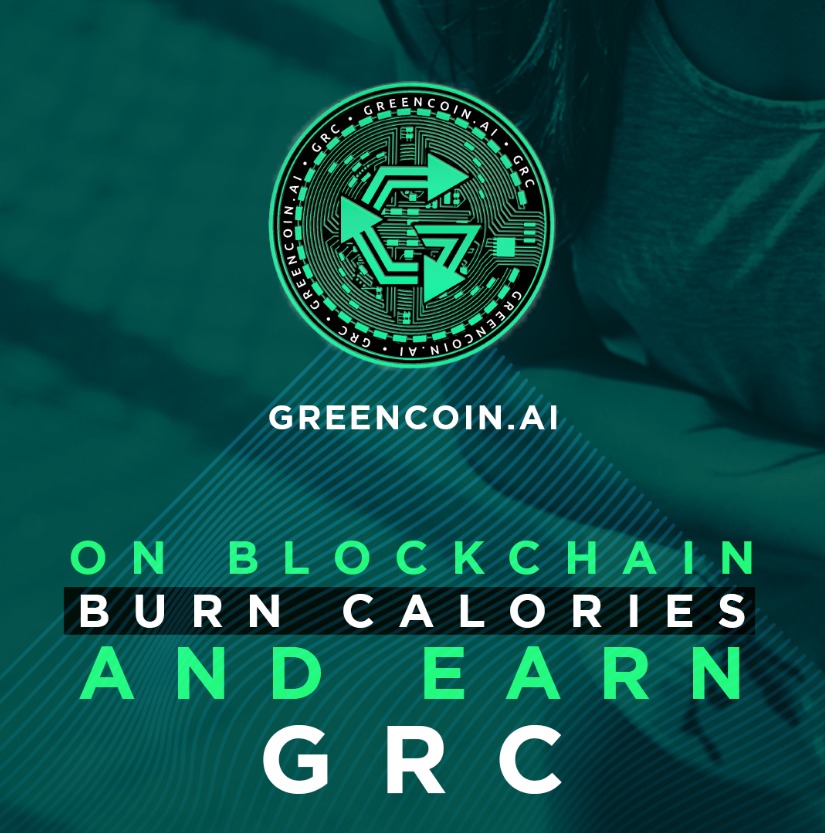 What an exciting time to be alive. The world is in the midst of a technological revolution referred to by some experts as the Exponential Age. One of the most promising new technologies — the blockchain network — is paving the way for community-driven economies in which a community’s members are the stakeholders rather than corporations and stock holders. GreenCoin.AI (GRC) is building such a community around fitness and green energy.

Greencoin.AI (GRC) is an example of a company that is utilizing blockchain tech to make it possible for consumers to earn money doing the things they love rather than spending money. This is a profound change.

Fitness has been on the rise for decades and is now being spurred on by a global pandemic.

According to new research by the Global Wellness Institute, the global wellness industry is currently worth $4.5 trillion. Physical activities alone account for a whopping $800-plus billion while the fitness and gym market comes in at more than $100 billion.

Globally, participants in the fitness industry spend over $300 annually.

These are staggering figures.

A driving factor in the rise of cryptocurrency and blockchains is the play-to-earn business model.

Currently millions of dollars of venture capital are pouring into the play-to-earn market. Fortune Business Insights claims that the global gaming market raked in more than $200 billion in 2020, and is expected to surpass half a trillion dollars in annual revenue by 2028.

As an example, one popular game called Fortnite earned its developers $1.8 billion in revenue in 2021. It’s a remarkable feat considering the game itself is free. Now, imagine that this $1.8 billion is distributed among the players rather than the developers? That’s what’s happening with play-to-earn games.

In 2021, the market cap of several top play-to-earn platforms such as Axie Infinity, Decentraland, and the Sandbox increased as much as 100-fold — another truly astounding figure.

Meanwhile, we’re in the midst of the “Great Resignation.” Americans are quitting their jobs in record numbers. According to a recent JOLTS report, 4.4 million Americans left their jobs in September alone. Many are seeing models such as play-to-earn as an opportunity to pursue their true passions.

Similar to play-to-earn economies, the GreenCoin.AI (GRC) “Burn-to-Earn Your Fortune” system will enable members to earn GRC tokens and help protect the environment simply by exercising.

Members can cash in on their GRC tokens or spend them to buy products such as fitness equipment and clothing, or hire personal trainers, play games, and subscribe to a wide variety of content.

GreenCoin.AI (GRC) members will also have the option to monetize their personal data by choosing to anonymously share it with merchants and also to earn interest on their balances.

Moreover, it’s not necessary to take part in a fitness regime to derive value from GRC tokens. GRC token holders and miners can also earn money in their sleep by collecting, minting, staking, and bonding GRC just like any other cryptocurrency.

Will GreenCoin.AI’s burn-to-earn model catch on? Think about it. Who wants to pay $35 a month for a gym membership when they can get paid to exercise instead?