Instagram star AJ Applegate: “One of my proudest moments was when I founded “AJ’s Merch” 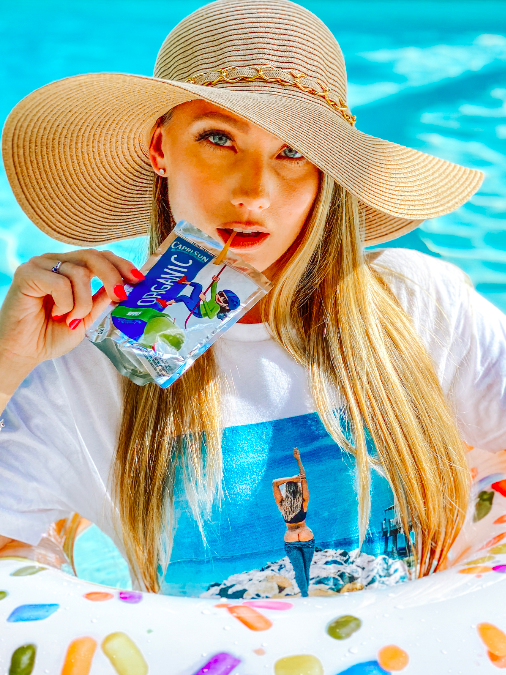 Part of the inspiration for creating AJ’s Merch came from one of her early hurdles in sex work. Applegate candidly shares, “When I first entered the adult industry, a lot of companies wouldn’t shoot me because they thought I was ‘too thick.’”

Applegate refused to let body standards dictate her career in adult entertainment. “I kept pushing through. I started working out very hard, so I could prove that my body type would sell.” Applegate’s dedication to carving out a space for herself in the adult entertainment industry paid off when she was hired by the pornographic studio Evil Angel and helped her get her big break on screen.

Success and popularity continue to sweep Applegate along. But currently in a way that goes beyond the screen and camera lenses. In 2018 Applegate’s perseverance and penchant for taking risks manifested in a whole new way when she dreamt up the idea of selling apparel and creating her brand: AJ’s Merch.

Applegate has nothing but love for her new gig as an entrepreneur, “I like to be in control of my destiny and be my own boss. After becoming successful for so many other people, I realized I could do that on my own and feel so much more accomplished at the end of the day.”

That accomplishment is a feeling that Applegate would like to share with other entertainers and entrepreneurs who may be considering creating their clothing lines or small businesses.

One of Applegate’s guiding principles is that with community, especially women’s communities, there is strength, “Instead of looking at it as competition,” says Applegate, “we should lift each other and push each other as women to be better.”

After all, as Applegate has proven in her career and with AJ’s Merch, success is boundless and limitless.

Rags to Riches and a Commitment to Help Others Romanian Immigrant, Izabela Hamilton, Focused on Helping Others Achieve Financial Freedom with her Company, Rankbell

Health coach Stephon Clinkscales: “The secret to staying in peak health lies in your ability to maintain the perfect equilibrium”

Health coach Stephon Clinkscales: “The secret to staying in peak health lies in your ability to maintain the perfect equilibrium”