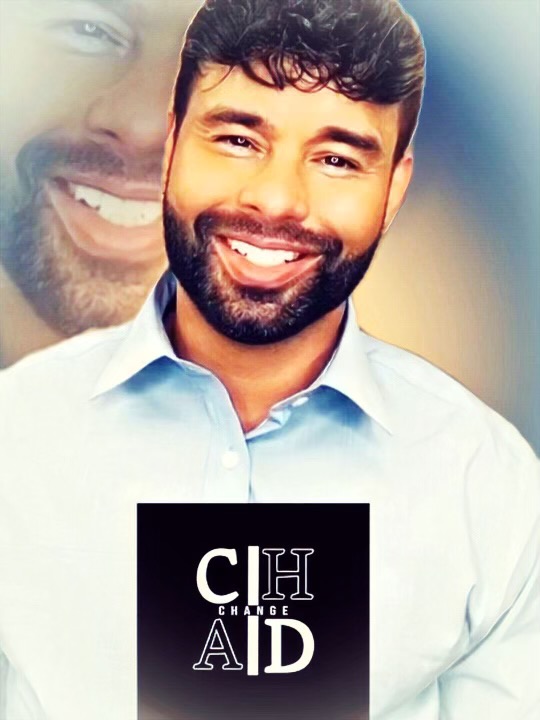 Chad Ehlers, known online as da_chad, is a living embodiment of resiliency and relentless optimism. When he was just 17 years old he was homeless. At 21, he became a single father taking care of his three month old daughter. Chad has lost a wife to depression, and is currently helping his youngest daughter battle Leukemia. Chad was always a happy, upbeat child and he has remained that way to this day even with everything he’s been through.

Not only has he kept a positive attitude through all he had battled through in his life, Chad is devoted to spreading a message of positivity to others. He left his career as a nurse to pursue social media influencing full time and the choice has proven to be a tremendous one. As he’s rapidly built an audience on TikTok, he’s been able to bring more awareness to his movement, the Chad Change.

The Chad Change is an influencer movement Chad started to consistently let people know that they matter and are supported. The movement grew rapidly to the point where now over 400 social media influencers are participating to let their audiences know that they’re supported and heard no matter what they’re going through.

Not only is the Chad Change spreading rapidly, it’s interactive and personal. Chad holds regular dance classes on Zoom, where he’s able to connect with his audience on a deeply personal level and teach different dances in a very upbeat, lighthearted environment. The classes have been known to make everyone laugh, smile and forget about their stresses of the day as they unwind.

Chad’s rapid rise to notoriety on social media is impressive and he’s grateful for all of the influencers that have believed in him along the way. But, above all, he’s grateful for the situations he’s gone through that have turned him into the person he is today. His past trauma has turned into a worldwide movement to save lives and support people. Chad has made it his mission to help people through challenging situations without feeling like they’re alone.

There have been several occasions where people have approached Chad to tell him that the Chad Change saved their lives and coming across Chad’s movement completely changed their outlook on life. This feeling of gratification is more rewarding for Chad than any amount of fame or money and will give him the motivation to continue making an impact on his audience for years to come.