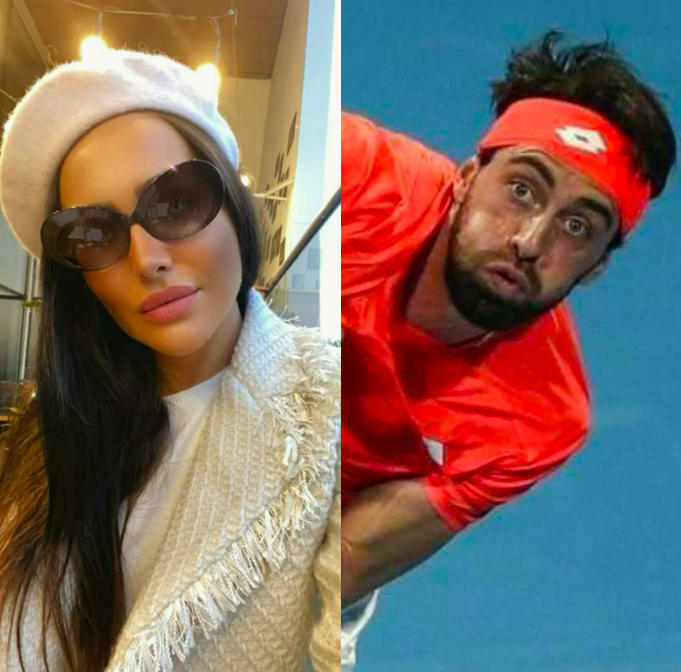 With campaigns for women’s rights ramping up globally, Georgia still stays as a country where violence conducted against women is rarely denounced by society. This is the country, where one in seven women experienced domestic violence in their lifetime.The country, where the gender-based killing of eight women and five attempted femicide were committed during 6 months of period last year.Therefore, speaking up here can provoke the bullying of the victim.

Georgian society seems to back the famous successful tennis player on the ongoing court case against him, while his former wife Neli Dorokashvili is facing  serious reckonings for speaking up.

The question here is whether Georgian traditional society keeps close eyes on the supposed physical and psychological abuse from the part of Nikoloz Basilashvili against his former wife Neli Dorokashvili. Why a significant part of society disregards the harms of a woman on social media and discourages her in the face of sport successes of a famous man?  Does a high tolerance of men make women hard to speak up in patriarchal  society?

In order to better analyse the current issue, here are some evidence based facts from the ongoing little-known story.

Nikoloz Basilashvili’s oﬃcial cohabitation with Neli Dorokashvili has started in 2013 when his tennis career was taking oﬀ. The most triumphant period of his career is linked to the times when the couple was living together. In 2018 Nikoloz Basilashvili was number 16 in comparison with this year, when he is number 37 position in the ATP rankings.

According to the interview of Basilashvili in the newspaper magazine Hello! Georgia, he refused to let her wife have a career development as she was taking care of their family, while Basilashvili was participating in the systematic tournaments all over the world. After the braking of the contract with modelling agency , Neli Dorokashvili was fined with solid amount of money and she was obliged to go back to Georgia on the demand of her husband. The witness testimony in the court also proves the compromises made by Dorokashvili during their lifetime period to avoid conflicts in the family.

Control and psychological pressure on the victim was also taking place from the part of  her mother- in- law. Never-ending video calls with a motive of controlling her daughter-in- law’s life was overgrowing to psychological violence. As stated in the testimony evidence, as a result of continuous physical and psychological abuse, Dorokashvili was preparing to break up with her husband for a long period of time.

At that times, some evidences testify that Basilashvili was threatening Dorokashvili with financial collapse in the case of divorce decision. Consequently, Basilashvili blocked her bank accounts to cause economic failures to her wife and son. Throughout this period, Basilashvili started to dishonestly alienate their shared properties obtained during oﬃcial marriage period.

As visible, besides financial pressure, Basilashvili didn’t stop psychological violence on   her former wife after their divorce. Basilashvili accompanying by his father, asked the verbal agreements and promises to the family of Dorokashvili, to forbid her the right of marriage for 7 following years after their divorce. The family of Dorokashvili didn’t accept the agreement.

This litigation seems alarming , as continuous physical violence also happened after their divorce. As a whole, this case consists of numerous adduced evidences which are not known to public. But some widely known evidences talk about 4 episodes of physical violence on Dorokashvili from the part of Basilashvili. The lawyer of Georgian NGO-

Partnership for Human Rights (PHR) – Ana Tavkhelidze mentions that continuous physical abuses were having place in their relationship from the part of Basilashvili. The episodes  of physical violence are not highly publicised for the protection of the victim, but are  literally documented in the legal court case. Concerning to the child maintenance and support, Basilashvili is not providing the obligations in respect of a minor child. The lack   of information on this case probably causes the tolerance of society towards Basilashvili.It is worth mentioning that 6 restraining orders were made by police for physical abuse of Dorokashvili and her son. The lower of PHR – Ana Abashidze says that in accordance with substantial evidences, all of these orders were remained in force by the judge till today.Consequently , with the decision of judge, Basilashvili, as well as his family members, were deprived of the right to see a child.Besides, another restraining order has been previously issued by police on the mother of Basilashvili with the motive of physical violence against minor.

For the duration of a serious menace to criminal penalties against Basilashvili,  a  traditional part of Georgian society seems to tolerate their successful sportsman. This is not the first time, not the second, that conservative people discourage the victim to speak up. Before this case, Silence and ignoring made life diﬃcult to Tatia Samkharadze also.TV presenter and reporter in Georgia was obliged to end her career, after she became the first woman in the country to sue her boss for sexual harassment.

As real mechanisms to combat violence against women do not seem to appear, the perceptions of traditional society on women’s rights are mostly ignorant and harming for women. These perceptions are not in accordance with universal declaration of humans rights. However,  there is another justice called public justice which is always on the side of public figure impeding the punishment of the oﬀender.