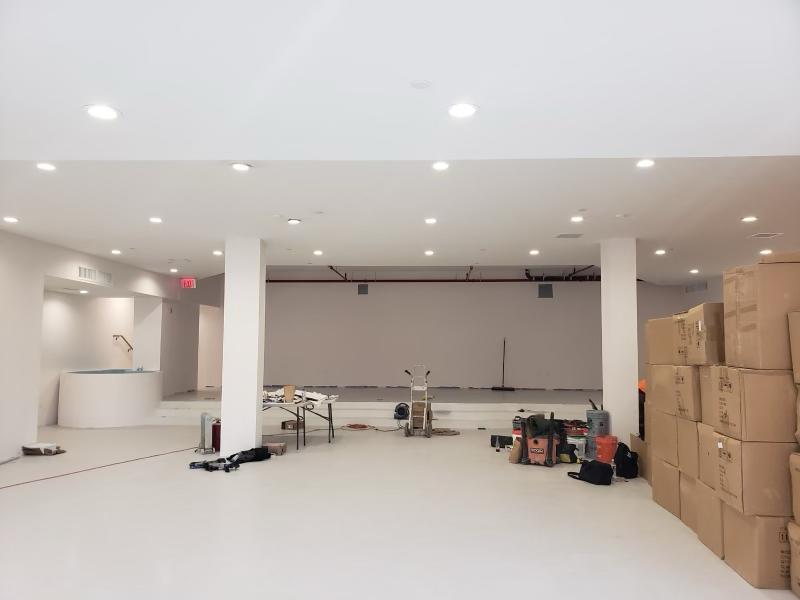 NEW YORK – For years, New York City has grappled with a lack of affordable housing and chronic homelessness crisis, two significant challenges that experts anticipate will worsen due to the COVID-19 pandemic. Despite the budget shortfalls, the future of affordable housing remains unknown if local development firms are left with no recourse to resolve legal setbacks stemming from projects undertaken with city agencies, faith, and community-based partners.

The Brisa Builders Corporation is a family-owned construction management, development, and general contracting firm based in Brooklyn that has been building communities brick by brick for over fifty years. Founded by the late Lilly W. Keller under the advisement and support of her husband, the late Thomas B. Keller, the company has been managed by their daughter, Ericka, since 2012. Four years later, she opened her company called Brisa Builders Development LLC to work with faith-based organizations and church partners throughout New York City to build affordable housing accessible to all.

False allegations by Pastor Felix Gross of the Evangelical Church Disciples of Christ (ECDC) that a church was not built, according to the court order, threatens to undermine the legacy of a reputable and well-respected affordable housing developer with a proven track record.

“Contrary to Pastor Gross and the media’s characterization in an online article about Brisa Builders, we worked in good faith to develop the property and proudly stand behind the finished product. It is a testament to the good that can come when a religious institution partners with an affordable housing developer and New York City agencies to build affordable housing and bring life to vacant, dormant space. It is unfortunate that ECDC refuses to take possession of its own space, falsely claiming it has been misled. Brisa Builders was hired to do a job, and the positive result is evident. There are 83 units of very affordable housing, over 14,000 sq. ft of space for religious use and community programming, with classrooms and fellowship halls to connect neighboring residents to critical resources once the pandemic has subsided. All of these amenities are included in the space that the church owes mortgage free,” said Ericka Keller, Chairperson and CEO of Brisa Builders Corporation.

In 2013, Brisa Builders was contacted and engaged by ECDC to develop two parcels of  land that the Church was going to lose to a tax foreclosure sale, due to changes in the law that made religiously owned properties in New York City, not used for religious purposes, taxable lots.  Brisa Builders purchased the properties from ECDC through an Attorney General Court Ordered Approval for 2.8 million dollars in 2015 in order to construct 83 affordable housing units.  ECDC invested 2.4 million dollars of their sale proceeds to build 14,500 square feet of space to house ECDC’s new church home and after closing costs received $297,639,000 in cash. Brisa Builders was responsible to build ECDC a new church home. The Church was not required to take any construction risk as the principals of Brisa had to both corporately and personally guarantee to deliver the church their new space.

This feat was possible by working with ECDC  through the New York City Department of Housing Preservation and Development’s Extremely Low & Low-Income Affordability (ELLA) program and NYC Housing Development Corporation, in which affordable housing would be built together with a new House of Worship.  Brisa Builders completed construction in January 2020 despite numerous setbacks, including groundwater issues resolved at Brisa’s expense.   ECDC should be standing as the proud owner of a new church built without them bearing any construction risk, which turned out to be astronomical in this case, however instead they refuse to accept their new space, which is of value commensurate, if not more than initially contemplated. To date, ECDC will not proceed in accepting the deed transfer without any explanation nor any attempt to reach a resolution. Additionally, their property insurance, the maintenance of the building’s exterior and the sidewalk in front of the church remain outstanding items that have not been attended to by the Church.

The complexities of faith-based development are challenges that not all developers are willing to undertake. However, minority and women-owned construction firms such as Brisa Builders with deep community ties will take that risk. Black and brown communities are disproportionately impacted by displacement through rising rents and illegal evictions by unscrupulous landlords. The unforeseen circumstances surrounding this project could set a dangerous precedent that derails the city’s plan to complete its goal of 300,000 affordable homes by 2026. Without an immediate resolution, this matter could deter development firms from partnering with city agencies, and faith leaders to close the affordable housing gap. In comparison to City-owned and other non-religious, privately-owned lots, the viability of developing church-owned lots as development sites because of the possibility that they could become embroiled in this type of dispute could become a factor of consideration.

A coalition of faith leaders with congregations in the Bronx and Brooklyn are standing in solidarity with Brisa Builders – renowned for its professionalism, due diligence, integrity, and an unparalleled commitment to strengthening communities.

“I worked with Ericka and her company, Brisa Builders, on two senior housing developments. In my interaction with her, I quickly recognized that she was not just concerned about the business opportunity side of housing development, but she is very passionate about providing affordable housing for those in need. And, to that end, she spares no effort to help those who are interested in providing housing in their community,” said Bishop Granville A. Senior of the United Church of Jesus Christ. Bronx, New York

“I started working with her father years ago. Today, I am working with Ericka on Ebenezer Plaza Project for the past 5 to 6 years. She has proven herself as a reliable developer. There have been no complaints, and I am extremely happy with the quality of service they have provided. Her resourcefulness has been invaluable as we proceed on a project that they have never done before. There has never been reluctance in referring us for references or to look at other projects on which they have worked. They have not been less than transparent in terms of our working relationship,” said Bishop Nelson Sr., Pastor, Church of God of East Flatbush. Brooklyn, New York

“Ericka’s family and Brisa Builders have been working with our family for many years. She is currently working with us to build 84 units on our vacant land. She has been stellar! It is important for the faith community to have developers such as Brisa in their corner to navigate these tough processes. It is also important that we help people like Ericka, who is second-generation, to keep their organizations going. We are right now in the process of getting certified with ULURP and look forward to seeing our project completed,” said Pastor Al Cockfield of God’s Battalion of Prayer Ministries. Brooklyn, New York

“The work they have done speaks for itself. The faith community has embraced Ericka and Brisa Builders as one of the go-to developers for us, and many have had a longstanding relationship with them. Our organization is in the beginning stages of working with Ericka and Brisa Builders, and my experience to date has been as such where I wouldn’t want to work with anyone else but them. Having a trusted developer is important to faith leaders as many are embarking upon development for the first time. Ericka has shown transparency, clear and timely communication throughout our relationship to date,” said Rev. Dr. Que English, Pastor of Bronx Christian Fellowship and Founder of the New York City Clergy Roundtable. Bronx, New York.