Entrepreneur Monica Huldt is a Force in the Modeling Industry 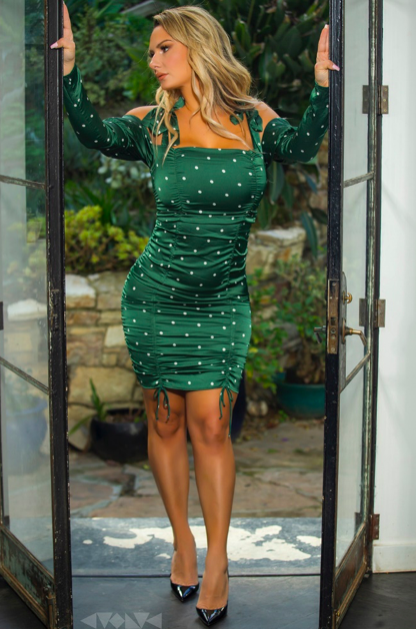 The world of social media can be a very profitable place for individuals who find their niche and master their online presence. Monica Huldt knows this to be true, as she is a self-made social media sensation who has found great success utilizing her knowledge on OnlyFans, the popular subscription-based platform often consisting of social media models. Monica is a business-minded model with a strong entrepreneurial spirit who has sacrificed everything to position herself as a top-tier model in the entertainment industry. Through the years, she has developed a recipe for success that works exceedingly well for her, and to Monica, the sky’s the limit.

Monica Huldt is no stranger to hardship, but her ability to remain positive through adversity along with her highly adaptive personality has brought her substantial success internationally. Born in Poland in 1983, Monica later moved to Sweden when she was 7 years old. Monica’s family settled in a small town in Sweden that was not fond of foreigners, which resulted in Monica growing up being bullied and estranged. Monica’s home life suffered as well, and throughout her teenage years she battled depression and a variety of other hardships.

Through adversity, Monica persevered and obtained her bachelor’s degree in education. After teaching for a year she realized her passion was not in the teaching profession. Monica then switched industries where she found success in business development and in being a business owner when she opened her own nail salon. Andrea’s dream of becoming a model always lingered in the back of her mind, and in 2014, despite her mother’s disapproval to pursue a career in modeling, Monica moved to the United States to pursue her dreams.

With the rapid growth of social media and platforms like Instagram emerging, Monica dedicated her time to studying online trends and growing her social media following. With consistency and hard work, Monica has amassed a following of nearly a million fans. She emphasizes the importance of staying positive and patient during the beginning stages of pursuing a goal.

She noticed many of her friends were gaining great success on the subscription-based platform- OnlyFans; where models could express themselves freely and make an income doing so. With her knowledge in business, powerful platform on Instagram, and loyal fanbase, her growth on OnlyFans was expedited.

Monica attributes being her success on social media to authenticity and cultivating relationships with her fans. She expressed that she has been able to set herself apart from others by being personable with her fans and making each of them feel special. During the COVID pandemic, Monica has found it especially important to be there for her fans as many go through trying times. Through dedication to her platform and fans, Monica has successfully built a six-figure business and has become her own boss. Monica attributes consistency, perseverance, and a great support system to her success.

Monica is someone that young entrepreneurs can strive to be like. She sacrificed everything to pursue the American Dream, and although she has faced countless obstacles and lost many important people in her life along the way, she is proud of who she has become. It is because of this that Monica has become an advocate towards removing the stigmas associated with women in the adult industry. In the future, Monica plans to utilize her entrepreneurship knowledge in the real estate industry alongside her husband, in hopes to one day pass on a real estate business to their future children.

In a conversation with Habanos S.A’s founder Moulay Omar Zahraoui who speaks about his success in the tobacco business

DJ Beyond, Co-Founder of BeyondRest Entertainment, Is an Emerging Star in New York’s Clubbing Scene

DJ Beyond, Co-Founder of BeyondRest Entertainment, Is an Emerging Star in New York’s Clubbing Scene