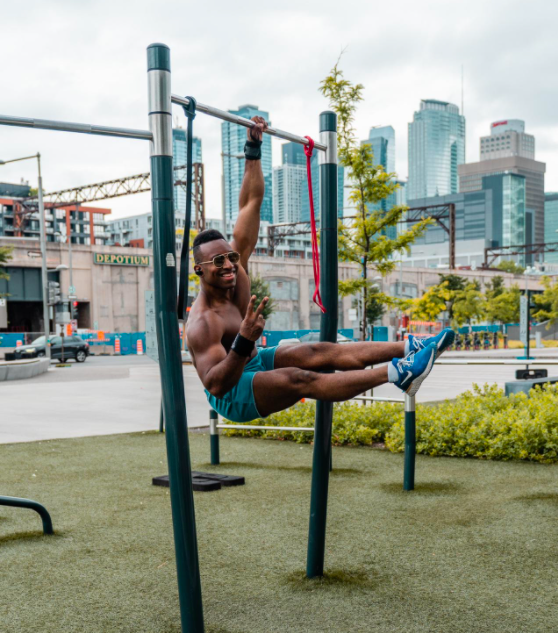 Christopher Kebreau also known as @pharmathlete (through various social media platforms such as Instagram) is a community pharmacist who works at his family pharmacy business in Montreal Canada. However those who follow his journey know that he’s much more than a pharmacist…he’s a total war machine and probably one of the most versatile athlete ever.

This health professional redefines the word PASSIONATE in his own way with his insane dedication towards fitness and reaching his goals. He considers himself a POWERCALISTHENIBUILDER (a word he loves to use to represent his training style). From that unique word you can tell he does Powerlifting, Calisthenics and Bodybuilding throughout the week. Besides that he has enormous flexibility and recently started acrobatics. Motivation is something this man doesn’t lack at all.

Christopher was born in Montreal Canada on the 8th of June 1990 and was often seen as an outcast during middle school and beginning of high school. He started fitness at the age of 16 years old after he got tired of being told he was “fat” in school. Ever since he started lifting weights he became totally in love with the lifestyle and now he inspires thousands of people on a daily basis to take care of their own health and push their limits.

His weeks consist of constant action where he invests at least 25-30 hrs of training per week while he also works as a pharmacist. To be able to juggle between his normal life and his Super Athlete life as @pharmathlete Christopher has to be on top of his game with time management.

Many wonder what fuels Christopher so much to keep pushing his limits and reaching new heights. His answer is that he gets his fuel from both LOVE and HATE. When people cheer on him and tell him to “kill it” he gets pumped and when others try to put him down and say he’s not good enough it just adds gas to the fire and it makes him work even harder and smarter.

Christopher explains that Pharmathlete represents the athlete who uses his common sense, intellect and curiosity to improve oneself. You will often see athletes who are trained by coaches but don’t really understand why they are doing what their coaches tell them to do. Christopher thinks it’s important for a person to understand exactly why a specific movement is done so performance can be enhanced overall.

As his journey continues he plans to offer online programs for all sorts of athletes ranging from body movements to building power. Watch out for this fitness beast because he is making more and more waves.