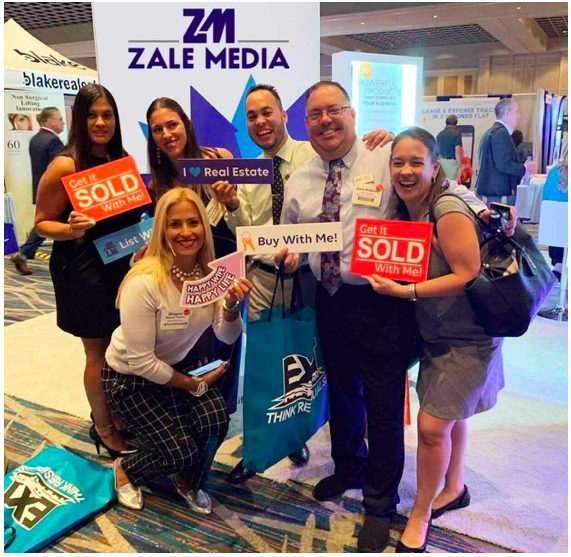 In recognition of America’s finest businesses, let’s talk about Zale Media. Every month Zale Media sees over 200 new realtors register for their Celebrity Agent™ system, can you believe that? The Real Estate powerhouse Zale Media was founded a short six years ago by Chicago real estate agent and entrepreneur, Nathan Zale, and has since grown to dominate the market for real estate lead generation. Competing with Zillow, Bark and other major lead providers, they crossed the 1,100 client mark early this year, with Facebook verifying their page. This absolutely speaks to the nationwide recognition that the agency has received over the past 12 months.

This sparks the question: Why? Why are agents flocking to Zale Media? Well, I believe one of the main factors in their flourishing success is in their strong roots. Six years back, Nathan Zale, the president of Zale Media, was not too far from being dead in the water as a real estate agent in Chicago. Fishing in what seems to be a market with a precious few leads, he was at his will’s end. Now, when you have no leads, you have no money and when you have no money, it takes its toll physically and mentally. This creates a feeling one never forgets, and this breeds what? A strong motive – a motive to get out of the rut.

His saving grace came in the form of developing his own online system. Tagged as the Celebrity Agent™ was built to generate high-quality leads, this system helped him build up his pool of active leads, inches away from being closed, allowing Nathan to close enough sales to properly get back on his feet, and ultimately succeed in the Chicago real estate market.

Nathan showcased his grit, patience and innovative prowess, three attributes poured into the creation of Zale Media and a system built by agents, for agents. This entire system was established by a struggling agent who made his mark and is now helping other struggling agents to prosper. The interesting part is that this system is now used by prospering agents to reach even higher goals.

Zale Media has strong roots in creating reliability with the system built by those who know what agents need most. It was then tried-and-tested by Nathan himself, taken to market for even more agents to try with proven results since its launch in 2015. All the holes were plugged, and now six years on, it has 1,100 users and 100+ video reviews commending the leads and commissions generated, all of which are verifiable on their website.

Quite a common story in business – someone has a problem, fixes it and brings the solution to the mass market. Why reinvent the wheel, some solutions stick while others don’t? Zale Media has carved out its place for the foreseeable future, and I see Zale Media continuing to grow at a rapid rate as they alleviate the struggle of the estate industry across the country.