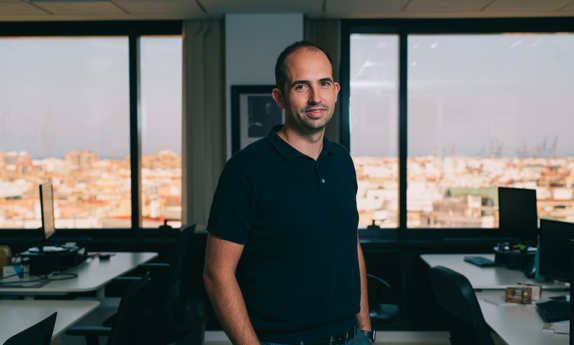 The healthcare industry, just like all other sectors, is under the strong influence of technology. It is one of the most sensitive areas, and it takes a lot of effort, testing, and evaluation before a specific technology can be incorporated into the diagnosis or treatment of a disease. Even the smallest negligence can lead to a disastrous impact, one which can be impossible to cater to.

Blockchain has opened doors for efficient record-keeping; virtual reality is being used for assisting patients with white coat syndrome. Mobile app technology helps patients keep a regular health check. Cloud computing makes the consultation process convenient for both patients and healthcare professionals. Predictive analytics is assisting medical experts in using the data gathered through the Internet of Medical Things (IoMT) to improve the overall efficiency of this sector. Another form of technology that is playing its part in revolutionizing the medical industry is Artificial Intelligence (AI).

AI is a nascent healthcare technology and is the focal point of many medical researchers. From performing clinical diagnosis to exploring chemical and biological interactions in the drug discovery process, AI holds great potential in the medical field. A considerable number of researchers have led medical practitioners to effectively use this technology to raise the quality of services offered to patients. Among these researchers is the Spanish bioengineer, Angel Alberich-Bayarri. He is a bioengineer, researcher, and an entrepreneur who is extensively working on AI’s applications for radiology and medical imaging.

Angel Alberich-Bayarri was born in Benicarló, a city in Spain. He opened his eyes in the family of Angel Alberich and Paula Bayarri on February 9, 1984. Angel’s father was truck driver, and his mother was a secretary. The little boy, who was studying at La Salle school, belonged to a family that had no engineers or healthcare professionals.

The young Angel admired the way technology was changing the world. As he grew up and he began to see the world from his eyes, he began to realize the potential technology holds and the myriad of ways it can help the healthcare sector.

Despite him being from non-tech family background, Angel acquired a Telecommunications Engineering degree with a specialization in Electronics from the Technical University of Valencia. He graduated in 2007, and in the same year, Angel took up the position of Research and Development Engineer as a Director of Biomedical Engineering at Quiron Hospital Group. His drive to contribute to the healthcare sector by working on technological solutions to improve the quality services, diagnosis, and treatments. He served at this position until 2012, and during this phase, he completed his Ph.D. from the Technical University of Valencia. His specialization was in the application of image processing to high spatial resolution Magnetic Resonance Images of trabecular bone.

He also published his research papers; including “Use of 3.0-T MR imaging for evaluation of the abdomen” and “Microcomputed tomography and micro finite element modeling for evaluating polymer scaffolds architecture and their mechanical properties” in 2009, “Assessment of 2D and 3D fractal dimension measurements of trabecular bone from high‐spatial resolution magnetic resonance images at 3 T” in 2010, and several others in the following years.

While completing his Ph.D., Angel worked on “morphometric and mechanical characterization of trabecular bone from high-resolution magnetic resonance imaging,” as his thesis. He spent a significant portion of his time researching it, which finally produced phenomenal results. Angel’s thesis was awarded the title of “Best Ph.D. thesis in Information and Communications Technologies (ICT’s). Social Council of the Technical University of Valencia.”

After completing his Ph.D., he did not put a stop on his research. In the same year, Angel co-founded Quantitative Imaging Biomarkers in QUIBIM with Prof. Luis Martí-Bonmatí and other biomedical engineers.

The company was founded with a mission “to Improve humans health by applying advanced and innovative image processing techniques to radiological images in order to detect the changes produced by diseases and drugs in the body.” It was started as a spin-off of the La Fe Health Research Institute in Valencia. The technology that the company works on is applied in clinical practice, research projects, and clinical trials.

He also worked on several other pieces of research including “Brain atrophy and lesion load are related to CSF lipid-specific IgM oligoclonal bands in clinically isolated syndromes,” Imaging biomarkers, quantitative imaging, and bioengineering,” Mechanical competence of bone: a new parameter to grade trabecular bone fragility from tortuosity and elasticity, and others in 2012. The next year he became a recipient of the “Pro-Academia Prize” for exemplary contributions in science and academic

2015’s MIT Innovators Under 35, Angel Alberich’s contribution to the research and development sector in healthcare are praiseworthy. He has published more than 60 papers in indexed journals and more than 20 book chapters in the field of radiology, biomedical engineering, and data science. He has also contributed to several books as an editor, and these include “Imaging biomarkers. Development and clinical integration” and “Fundamentos de física médica. Volumen 10.” His research in the field of bioengineering, specifically in imaging biomarkers and artificial intelligence, has caught the attention of the world. While serving as a researcher, entrepreneur, member of the board of the European Society of Medical Imaging Informatics (EUSOMII) and member of the Scientific Editorial Board of Insights into Imaging journal, Angel has been declared as the “Remarkable person in the area of culture” by Benicarló city council.