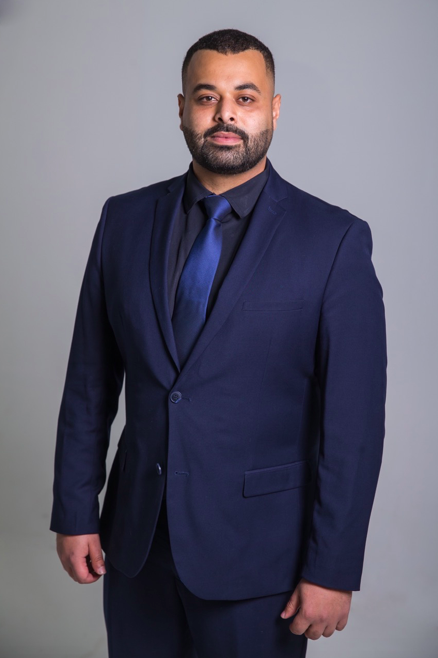 From selling his first product on Myspace to regularly working with celebrities worldwide, Taleb shares how he took his business to new heights

For many entrepreneurs starting their first business, the “honeymoon period” can be both exciting and exhilarating; however, sooner or later, the majority of new business owners often experience an onset of substantial financial stress as well as the pressure to sustain success for an indefinite amount of time. Unfortunately, many entrepreneurs are unable to find effective ways in which they can grow their business while keeping up with the costs associated, and their business often fails as a direct result. So you may be wondering, how does a business owner successfully grow their business without being engulfed by the costs of doing so? Entrepreneur Abdullah Taleb has mastered the art of scaling his business through experience, as he managed to repeatedly increase revenue for his company, Rich Boys’ Toys, while hardly taking on any additional costs.

In 2004, Abdullah created a Myspace account as it was a popular topic of conversation among his peers at school. He used his Myspace page to post and share many of his favorite custom vehicles including luxury cars, motorcycles, and supercars. Taleb has always had a strong passion for automobiles, and he rarely missed a day of uploading a photo or video to his Myspace page. Over many months of consistently posting the best content possible, Abdullah began to build an impressive following of car and bike enthusiasts. At the time, Abdullah viewed his social media platform merely as a hobby, and he had no intention of building it to become a business- at least not yet. As his page progressed and automotive enthusiasts continued flowing in, he began to receive a large amount of inquiries for the high-end products and vehicles that he was posting on his page. At this point in time, Abdullah realized the earning-potential he had in his fingertips. With the support of his family and friends, he decided to begin his first venture, Rich Boys’ Toys.

Abdullah’s vision was to utilize technology to establish Rich Boys’ Toys as the premier one-stop shop for automobile enthusiasts. This online shop would come complete with a variety of options to choose from, customize, and order. He quickly began networking to develop relationships with builders, manufacturers, and designers, and after months of establishing a foundation of trust, Rich Boys’ Toys was off to the races. Running solely off his Myspace page, Abdullah handled and fulfilled countless inquiries and orders, and business was looking promising for the foreseeable future. He had already built a strong reputation among many satisfied clients, and word was beginning to spread to many regions of the world. At this time, Abdullah was only 16 years old and was earning a substantial amount of money. “Eventually, we had the bandwidth to handle significantly larger inquiries which resulted in sales in the hundreds of thousands. By the age of 16, I was generating seven figures annually,” Abdullah boldly stated.

Rich Boys’ Toys continued to thrive for quite some time without making many adjustments, but with the rise of social media came a new wave of adversity. Platforms such as Facebook and Instagram quickly emerged, and with them brought new competitors and an entirely new market. Abdullah noticed traffic to his Myspace page was slowing down, so in response he quickly expanded his business to all of the other popular social media platforms. His strategy was the same as before- identify the correct content to use, be consistent in posting, and handle the inquiries as they begin to flow in. He also began to cross-network, driving traffic from his Myspace page to his other platforms and vice versa. After a few months of building his new social media platforms from the ground up, business began to increase once again; however, Abdullah desired to continue scaling his business. He shared, “After the adjustments to social media, I then began creating a multisector network in different industries, assisting companies and government agencies with supply chain solutions and supply chain management.” Abdullah had now created a very strong system, and Rich Boys’ Toys was generating more revenue than ever before.

Abdullah Taleb is no stranger to struggle. He spent the majority of his childhood as a refugee in the United Arab Emirates, and it was not an easy upbringing by any means. It wasn’t until 2004 when he moved to the San Francisco Bay Area with his family that he was able to feel slightly more secure. Although his childhood was challenging to say the least, the struggles he faced instilled a burning desire to be successful as well as an unbreakable discipline within him. With that said, Abdullah is not afraid to fail when taking calculated risks, as he strongly believes that failure cultivates growth; however, the ball was in his court, and he was not going to allow failure to happen. As successful as Rich Boys’ Toys had become, he knew there was more he could do to ensure a fruitful future for the company. Abdullah desired to master the market, so he focused his full attention on researching trends in the automotive industry. He believed that if he could identify shifts in past trends, he could start to recognize trends that were currently beginning as well as predict trends that may occur in the future. “Whether it’s the economy at large or a shift within a particular market, it’s extremely important for new entrepreneurs to know and realize that staying updated with trends is a key factor for continuity, especially during tough times,” Abdullah explained.

Through his innovative thinking, relentless work-ethic, and mastery of industry and market trends, Abdullah has built Rich Boys’ Toys into an international success. Nowadays, Rich Boys’ Toys boasts an impressive clientele spread across numerous regions of the world. Abdullah commonly works with celebrities, entertainers, athletes, and even members of royalty from places such as the United States, Europe, and many MENA countries. As amazing as all of his accomplishments are, Abdullah always gives credit to those around him. He expressed, “Having my family and group of friends support me throughout my journey were large factors to my success. Without them, I would not have been able to make it.”

We highly encourage readers to keep up with Abdullah Taleb and his company online. He has many exciting plans in store for the near future, and you won’t want to miss them. We look forward to seeing what he does next, and we commend him on all of his success to date.